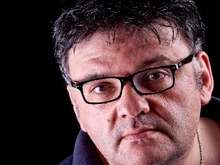 Immanuel Mifsud was born in Malta in 1967, the youngest in a working class family of eight children. He has been active on the literary scene since the age of 16, when he started writing poetry and co-founded the literary group Versarti. He later founded several drama groups and also directed plays written by himself and by a variety of famous playwrights. He is a leading contemporary poet and fiction writer and some of his works have been translated and published in some European countries and the USA. His 2002 short story collection L-Istejjer Strambi ta’ Sara Sue Sammut (Sara Sue Sammut’s Strange Stories) won the Malta National Literary award and the same book was later nominated for the Premio Strega Europa prize. He has participated in prestigious literary festivals across Europe. Mifsud is a lecturer at the University of Malta, where he teaches modern Maltese poetry and theatre.

EUPL Year
2011
EUPL Country
Malta
Fl-Isem tal-Missier (tal-iben) (In the Name of the Father (and of the Son))
Back from his father’s funeral, the narrator starts reading a diary his father kept during his days as a soldier during the Second World War. The diary is very scant, almost impersonal, but it is exactly this impersonality which pushes the narrator to re-examine the personal relationship he had with his father. The father, who the son knew only as a cripple after he had been injured in a motorcycle accident, had always tried to convince those around him that he was tough enough to withstand all hardship, and had tried to bring up his son in his mould. The narrator revisits his father’s past, as well as his own, to look for cracks in this façade, to find signs of weakness and displays of emotion. This turns out to be an opportunity to also look back at his own upbringing and especially at the way he had been educated to become a man. Episodes from the past are recalled and examined for any light they can shed on the matter. The narrator is not only older, which makes him attach new meanings to old events, but he has also changed in two other ways, which both influence the way he now sees things: he has just himself become a father, and he has become a scholar. He has read things that his working-class father would never understand, let alone know that they would be used to understand him. 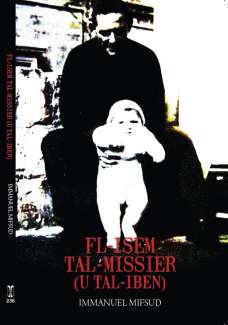 Translated by Albert Gatt At the Addolorata

On your mother’s grave. From behind the thick, dark lenses of your glasses, I saw the tear sliding down. It shouldn’t have done that, but it did; it just popped up and slid down. You thought I hadn’t noticed anything, but I was watching you. I was always watching you, always keeping an eye on you, to see how you’d behave. Like the time I caught you with your hand behind your back, making the sign of the horns when someone – I don’t know who – commented on how well you looked, God bless you, in spite of your age, in spite of the permanent damage to your left leg, in spite of everything you’d been through. I was always on the lookout where you were concerned. And on that day, I was watching as this tear slid shamefully down, with the shame you had felt when I had once drawn your attention to another tear sliding down your cheek. On that day, I made you feel even more ashamed when, clinging to your wife’s apron reeking of garlic and onions, I announced to all and sundry that I’d just seen you cry. I didn’t know that soldiers could cry too. I thought that soldiers were made of steel. I thought their face was always stern and strong and tough. I thought it was just me who cried, just me who did things I wasn’t supposed to do. Just like that day. That day. That was the time you used to tell me that I couldn’t cry. I’m a big boy. You can’t grow up and become a man if you cry. How can a boy like you still cry? How can you still cry when you’re strong enough to tear this place apart? You can’t cry, do you understand me? You just can’t. But I do cry. And I feel ashamed when I cry. And I feel ashamed because I shouldn’t cry. And I feel even more ashamed because – do you really want to hear this? – I actually like crying. I like to feel that trickle of warm water. I like the constricted sensation in my nose, my eyes screwed shut. I like it when everything looks bleary. I like disobeying you. I like feeling scared of you because you’re scary. Because you look at me and your withering look scares me. And I quail and move away. You cry too. You cry too, soldier.