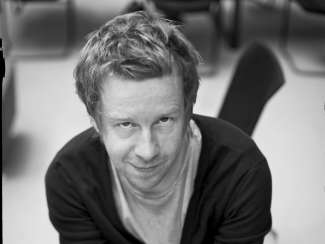 Kevin Barry is the author of the short story collections "Dark Lies The Island" and "There Are Little Kingdoms" and the novel "City Of Bohane". He has won the Authors Club Best First Novel Award, the Rooney Prize for Irish Literature, and the Sunday Times EFG Private Bank Short Story Award, and he has been shortlisted for the Costa First Novel Award. His stories have appeared in the New Yorker, the Granta Book of the Irish Story, and many other journals. He also works on plays and screenplays and he lives in County Sligo.

EUPL Year
2012
EUPL Country
Ireland
City of Bohane
Forty years in the future. The once-great city of Bohane on the west coast of Ireland is on its knees, infested by vice and split along tribal lines. There are posh parts of town, but it is in the slums and backstreets of Smoketown, the tower blocks of the Northside Rises and the eerie bogs of Big Nothin' that the city really lives.

For years, the city has been in the cool grip of Logan Hartnett, the dapper godfather of the Hartnett Fancy gang. But there's trouble in the air. They say his old nemesis is back in town; his trusted henchmen are getting ambitious, and his missus wants him to give it all up and go straight. And then there's his mother...

City of Bohane is a visionary novel that blends influences from film and the graphic novel, from Trojan beats and calypso rhythms, from Celtic myth and legend, from fado and the sagas, and from all the great inheritance of Irish literature. A work of mesmerising imagination and vaulting linguistic invention, it is a taste of the glorious and new. 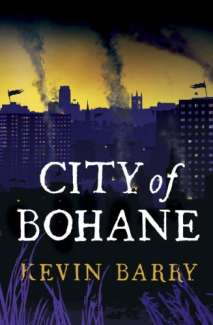 Whatever’s wrong with us is coming in off that river. No argument: the taint of badness on the city’s air is a taint off that river. This is the Bohane river we’re talking about. A blackwater surge, malevolent, it roars in off the Big Nothin’ wastes and the city was spawned by it and was named for it: city of Bohane.

He walked the docks and breathed in the sweet badness of the river. It was past midnight on the Bohane front. There was an evenness to his footfall, a slow calm rhythm of leather on stone, and the dockside lamps burned in the night-time a green haze, the light of a sad dream. The water’s roar for Hartnett was as the rushing of his own blood and as he passed the merchant yards the guard dogs strung out a sequence of howls all along the front. See the dogs: their hackles heaped, their yellow eyes livid. We could tell he was coming by the howling of the dogs.

Polis watched him but from a distance – a pair of hoss polis watering their piebalds at a trough ’cross in Smoketown. Polis were fresh from the site of a reefing.

‘Ya lampin’ him over?’ said one. ‘Albino motherfucker.’

‘Set yer clock by him,’ said the other.

Albino, some called him, others knew him as the Long Fella: he ran the Hartnett Fancy.

Trace, the infamous Bohane Trace, a most evil labyrinth, an unknowable web of streets. He had that Back Trace look to him: a dapper buck in a natty-boy Crombie, the Crombie draped all casual-like over the shoulders of a pale grey Eyetie suit, mohair. Mouth of teeth on him like a vandalised grave­yard but we all have our crosses. It was a pair of hand-stitched Portuguese boots that slapped his footfall, and the stress that fell, the emphasis, was money.

Hard-got the riches – oh the stories that we told out in Bohane about Logan Hartnett.

Dank little squares of the Trace opened out suddenly, like gasps, and Logan passed through. All sorts of quarehawks lingered Trace-deep in the small hours. They looked down as he passed, they examined their toes and their sacks of tawny wine – you wouldn’t make eye contact with the Long Fella if you could help it. Strange, but we had a fear of him and a pride in him, both. He had a fine hold of himself, as we say in Bohane.