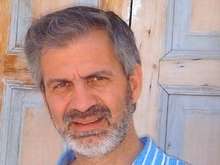 Kostas Hatziantoniou was born in 1965 in Rhodes, where he also grew up. He studied political sciences and public administration at the Law School (University of Athens), and made his first appearance in literature in 1990, as a publisher of the literary magazine Remvie. Since then, he has collaborated with all of Greece’s notable literary magazines, as well as with encyclopaedic publications, writing literature, critical essays and historical articles.

He has received awards from the Greek PEN Club, the Company of Christian Letters, and the P. Foteas prize for essays. In 2009, he was selected as a committee member of the National Literature Awards. His narrative works during the last decade include the The Book of Black Bile (Parousia Publications, 2001) and the novel Agrigento (Ideogramma Publications, 2009).

EUPL Year
2011
EUPL Country
Greece
Agrigento
Agrigento looks at what happens when a group of people, for whom ordinary life is not enough, meet in modern–day Agrigento, a town in southern Sicily with a long history, as well as one which reflects modern Sicilian culture.

These people include an odd elderly doctor, Pausanias Anchite (who immerses himself in the story of ancient Akragas, guided by the great philosopher of the city, Empedocles); his daughter Isabella, a painter who seeks redemption, not through art, but in an unforeseeable personal fate; an outlaw called Gaetano, who hides there while pondering over his life, shooting down popular myths concerning organized crime; a Greek man called Linos, who chooses to flee and to return to his first love in order to save himself from boredom and from his homeland’s collapse; and an unfrocked Catholic priest, who together with his brother, remembers people and events of another, unknown Sicily.

The story initially follows the parallel lives of the characters and gradually escalates on multiple levels. Agrigento is a book that is a hymn to Sicily beyond stereotypes and preconceptions, but also a hymn to the real life we miss out on, when we surrender ourselves to obsessions. It is a classical, realistic novel, with a solid architecture and a magical atmosphere, which attracts and captures the reader in search of literature of a high standard. A book that entertains, cultivates, gets one thinking and defends the hope for a true life via the vivid landscape of European intellect. 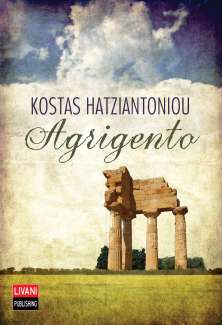 Zia Augusta had appeared at the door. She was the elderly aunt of the family, and Bianca’s older sister. She had travelled to Sicily from Como, which had been her husband’s city. Bowed with age, but  still splendid, she kissed Isabella and all her close relatives coldly, with a strict regard to precedence, and then, after gracing everyone else with a nod, she sat apart. She was terse and dogmatic, and her use of words was striking, half archaic. They all revered her without question. Despite her formidable intellect - as one of her great nieces explained to a clutch of people - she had devoted her life to supporting her husband’s career. He was a senator, now long dead. Zia Augusta could see that Isabella possessed greatness of soul; and yet she found fault with her lack of flexibility, and her fixed contempt for appearances. She was sharp enough to notice a connection between Isabella’s bereavement and the presence of Linos, and she asked a niece about him. The niece didn’t know, so she called Don Giuseppe who explained. After spending some time puzzling over whether Isabella’s friend fell into the closest category of intimacy, she decided to wait until after the funeral to quiz him and make up her mind.

In another part of the room, Zio Maurizio, a first cousin of Isabella’s mother, was talking to a gathering of friends and relatives about Tancred of Hauteville, the Norman ancestor of the kings of Sicily. Tall, handsome, he had eyes that were blue and bright, but a little disenchanted - and not through grief at the occasion. His fine, thoughtful face was admirable for its ideal combination of manliness and civility. His was a type of aesthetic, noble life which looked upon moral duty purely as a refinement of the sensibility. Eccentric and inoffensive, he never had a bad word for anyone, but was not particularly kind either. That was, in any case, his guiding principle in life: neither good nor bad. “It is the only way” he would argue, “to be truly tolerant and open hearted”. Recently Uncle Maurizio had found himself attracted more and more by women who were coarse, and works of art lacking in taste. “A strange contradiction” commented Ruggiero. “Not at all” answered Don Giuseppe, who had been silent for a while. “It’s a sign of old age in a real aristocrat”.