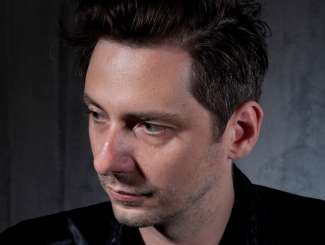 Kristian Bang Foss was born in Denmark in 1977. After initially starting a BA in mathematics and physics, he graduated from the Danish Writers’ Academy in 2003.

His first novel Fiskens vindue (The Window of the Fish) was published in 2004 and impressed reviewers with its linguistic style and accurate depiction of seemingly ordinary everyday actions and pursuits. His début was followed by Stormen i 99 (The Storm in 99) in 2008, which takes place in an ordinary workplace environment that, with wonderful black humour, becomes the epicentre for slandering, games of power and a variety of absurd events.

In his winning novel Døden kører Audi – which in its absurdly humorous style uses characteristics from the traditional ‘on the road’ novel – he tells a satirical tale about the Danish welfare state and takes its characters on a trip through Europe to Morocco in search of a healer.

EUPL Year
2013
EUPL Country
Denmark
Døden kører Audi (Death drives an Audi)
Asger lives with his girlfriend and her daughter in Copenhagen and works for an advertising agency. It’s 2008, the credit crunch has just begun to bite, and after leading a catastrophic campaign Asger is fired. He spends his days lying on the sofa, developing problems with both his weight and alcohol. His girlfriend breaks up with him and he moves to a flat in Sydhavn, losing contact with everybody. Half a year later, he is forced to take on a job as a disabled carer in Stentofte, a dreary concrete suburb of Copenhagen, looking after a sick man called Waldemar. Their daily life together is a study in hopelessness. But Waldemar has a plan: he wants to go and see a healer in Morocco. Asger is sceptical, but nevertheless he helps Waldemar raise money for the journey, and after a while the two friends find themselves on a road trip through Europe. However, they are being followed by a person in a black Audi – and as they get closer to Morocco, the trip turns into a race with death. 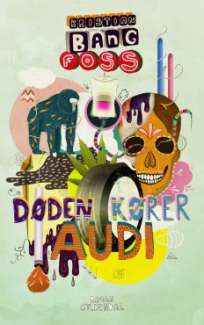 Another expression we were fond of was “plump pillows for side sleepers”. We picked it up in Ikea, on a trip to get Waldemar a new lamp. We discovered it on a completely geniotic diagram in the bedroom department, where, depending on your sleeping position - on your back, stomach, side, etc. - you could find out which size pillow you should be using. We repeated it constantly; it even ousted dreamsweets for a time. When we got tired of just saying, ‘plump pillows for side sleepers,’ and of asking in shops if they had plump pillows for side sleepers, we began to make small variations on the theme, and the conversation would go something like this:
‘Are you going to buy a new pillow soon, Waldemar?’
‘Yep.’
‘How plump is the pillow going to be?’
‘It’s going to be disgustingly plump.’
‘Why?’
‘Because I’m a side sleeper.’

One day, it went so far that we actually petitioned the council to get Waldemar a plumper pillow. Our reasoning was that he had just discovered he was a side sleeper. The case handler wanted to see documentation, so we had Waldemar’s doctor write a declaration that he needed a plump pillow on health grounds. And when the council gave us carte blanche for pillow-buying, we took a trip to Ikea. We agreed that Waldemar should say, ‘My name is Waldemar, I’m a side sleeper and I would like the plumpest pillow you’ve got.’

In front of Ikea, we smoked a joint. Waldemar rolled his wheelchair towards the automatic doors; the glass slid away with a whistle and I stood by his side saying, ‘Do you hear that Waldemar? That’s the door to pillow heaven opening wide.’

On our way to the department with pillows and duvets and all that, we passed through the furniture showroom, where one chair in particular caught our attention. It was called the Jerker and I shouted, ‘Look, they’ve got a chair called the Jerker!’ We both cried with laughter and I had to sit in the chair for a minute to recover. A couple in their late thirties came by; they looked unspeakably self-important and were clearly considering buying a Jerker, so I got up to let them study it in peace.