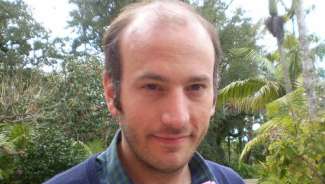 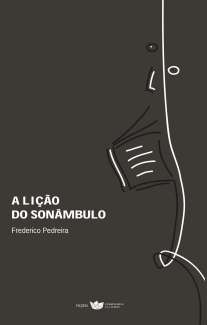 I don’t recall having been truly unhappy in my grandparents’ house. I suppose those sojourns during my childhood and early adolescence weren’t susceptible to unhappiness, especially since it was almost always summer, and I was so young back then. As my father’s side of the family is large, there was hardly a day, or should I say, it was unheard of not to see the house full of familiar faces during those three blessed months of holidays.  The transient visitors would greet my grandfather, sitting in the armchair that he had designated as his own on the left side of the living room, next to one of the many bookcases there, and my grandmother bustling about, either ironing in the toy room as if sliding between the kitchen and the dining room, in the morning and early afternoon, scrubbing the green carpet that was already quite shabby at the time, or sifting with cutlery and glass cups that had an opaque orange hue. I lived satisfied during those months, and I say this without the habitual reluctance that so often forces upon us the cynicism of adult age, and a substantial part of that satisfaction was the result of an almost unlimited access to the backyard of my grandparents’ house, where I would spend countless hours playing football, running or practising some fighting moves with my brother that were nothing more than mere notions of karate, sumo and wrestling.

In the scorching afternoons of those summers in the backyard of the house in Benfica, in the Santa Cruz neighbourhood, it was common for me and my cousins (still a small number at the time) to pester my grandmother's head (that is the word she would use in her restrained despair about our shameful behaviour) with our bottles of water that we would repeatedly spill on each other's heads to cool off. This was an almost impossible task that proved to be quite useless when my brother and I, at the time quite fat, would start running around in the backyard, under the blazing sun (as my father liked to say, agitating words into the air in a tone that was just as much bewildered as it was annoyed), always with the unflinching goal of losing weight. Note, however, that our running in the backyard did not stand out for being fun or for something that did not directly lead to the purest obsession; it’s that we didn’t run around the backyard, rather we would stay in one spot and run at a speed that couldn't be called a moderate pace but would leave the fabric of our t-shirts drenched after a few minutes. We did this before the resigned and displeased gaze of my grandmother, fearful that we would get really congested or suffer heat stroke. She’d keep an eye on us from the kitchen door sill leading into the backyard, taking her glasses off from time to time to show us that her despair was serious, conscious of the leaden tears that opened greyish grooves on her face as they rolled from her glassy eyes. All of this happened long before the advent of mobile phones, a device that would have greatly facilitated the rushed attempts of communication between my grandmother and my father during those summer holidays, and I am well aware that it would have equally spared the many babbling phrases when she called the office and had to go through the infallible filter of the slurred and easy-going voice of Mr. Prates, who really enjoyed letting the lady know that it was an immense pleasure to speak to her again, even though during the summer holidays they spoke practically every day, and after asking her about all of the O. family members, who were quite a few even back then, before exhausting my grandmother with the fatigue of kindness, forcing her to mumble a final and defeated “thank you” before the call was put through to the invariably busy ear of my father, already on another phone, the one on his desk, stuck to the garrotte of his sweaty hand.

My grandfather's office was a source of mysteries and small surprises to the eyes of an excessively curious child. I don't know for a fact if curiosity is susceptible to being excessive, ceasing to be a beneficent quality to transform itself into a terrible nuisance in adult life.  In any manner, looking back, I couldn't even ascribe a noun to the state of besotted enchantment which I often found myself immersed in, to give a noun to my feeble and grovelling curiosity, to such an extent that I felt it in me as the most natural of reflexes, particularly on certain mornings and certain late afternoons during those summer holidays, when, my grandfather left to go buy the newspaper (the Diário de Notícias  — I never saw him buy a different one) or the bread for his and my grandmother's breakfast or for my cousins’ afternoon snack, from the uncles and aunts that would show up at the house with the naturalness of an expected breath of fresh air. I was saying that that curiosity would come out especially on those occasions in which my grandfather's study was temporarily uninhabited (the “castle”, as that space was commonly called within the family, in the same way that they designated the cushioned and very worn chair as my grandfather's “throne”) and I cunningly looked for ways to make my footsteps lighter than air (It always reminded me of the suggestion of “tiptoeing around” that I had heard in my first years of schooling and which at that time already marked the beginning of my first private mirage). I would make useless efforts to open the door lock in silence, which made its metallic latch squeak, and without closing the door behind me (I would never have dared to do it, at that age or any other) I would attempt to take short steps inside that closed study and I would be dumbfounded as I looked around. My astonishment was not related to one or two new objects that I had never seen placed on the edge of one of the bookcases or in the middle of the insane proliferation of papers, old newspapers and several trinkets that occupied the entire surface of my grandfather's work desk. Perhaps it was the intense scent that burst into my nostrils and which at the time seemed to be a bizarre mixture of oil, gasoline, tallow and cinnamon, both repellent and captivating, rolling into the thick layer of dust that almost prohibited my brother from entering, as he suffered from severe asthma back then, and covered the photographs coarsely hanging on two walls, in which the matte or glossy faces of grandchildren and children conspired in silence, also covering the books on engineering and mechanics, an endless collection of works that served as being both erudite and as instruction manuals, in the middle of which there were one or two intruders in the form of a book that had strictly literary ambitions.

This was my grandfather's study, mutable at the slightest attempt at description, since everything that I could find there was subject to the failures of a somewhat indolent spirit, although inclined towards such curiosity, which was taking shape in me, full of a repository of a small and blatant ignorance, of futile deviations of a gaze that irremediably clouded my perception of reality. Once, I actually wrote in a presumably original and affected tone that my grandfather's study seemed to be doused with gasoline, and, in fact, until today my regret has not become excessive for having described it with those words commanded by the haste of the heart.

Occasionally, when my brother found himself absent from the house in Benfica for some reason  (being older, he would always find — or they would find for him — other ways of justifying the delicious uselessness of the summer hours), I would have dinner with my grandparents in the living room (when there were more people, at least five relatives at home, it was mandatory to occupy the mahogany table in the dining room), with the high volume of the television and the successive flashes of the soap opera right in front of us, and a few minutes after the daily episode had finished  I would go up the stairs to go to bed. Generally, I wouldn't have to say goodnight to my grandmother, because I knew that, around eleven, eleven thirty, it would be her turn to go to bed, which never happened without her first coming to fix the rough and prickly sheets on my bed or without her saying a few chance words, not necessarily addressed to me (although she assumed that only the little saint on the bookshelf in the corridor could hear her). This I took as an infallible sign that the time had come for me to keep her company in the dark of the master bedroom, with my grandmother already lying down and her wrinkled hand wrapped up in mine, at the same time that she would let the last grumbles of the day flow from a snickering voice, so natural for the bustle that sometimes made the passing of the hours arduous, before sending me off to bed, for she knew that at any moment it would be my grandfather's turn to climb the stairs and get ready for bed. When grandfather climbed those wretched stairs on which in previous years his father, more of a spectre than anything else, had so often tripped over until his final fall (for it was only much later that one of my uncles had the obvious idea of putting in a railing), most of the time it was already after midnight, and as I got older, letting myself be taken on an alleged maturity that both my father and brother tried to instil in me by force of a mask of masculinity that helped itself to spicy sauces and gulped down sparkling water and tomato juice, from summer to summer I became familiarized with that gigantic stain that my grandfather's shadow drew on the wall that flanked my room and only ended in the big flash of the electric light that sprouted from his study as soon as he put the right finger on the light switch.