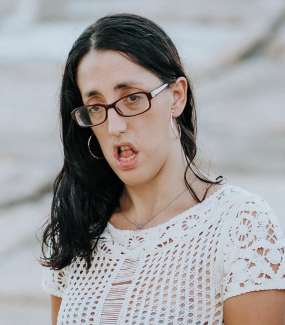 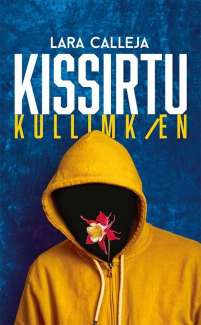 Translated from Maltese by Clare Vassallo

Not many people knew Rożi. She very rarely left her village, and then only for some wedding or family party. Spending time away was a big deal for Rożi. It distressed her, made her feel as though some basic right in her life was being denied, and the few hours that Rożi was away from Xgħajra were usually spent with her fiddling with her dress and battling feelings of anxiety as she waited with increased desperation, for her nephew, Liam, to decide he’d had enough to drink and get round to driving her back home. She loved that little village of Xgħajra so very much. What else could one desire? Tranquillity, the sea, which was always just restless enough to freshen your lungs, a pretty little church, and the same bunch of people who were, perhaps, a little nosey but, then again, most people are a little bit curious - it’s just that some express it at the tops of their voices while others do it in whispers. Most of all, Rożi blessed them for their help and for the kindness shown to her whenever she was in need.  Those villagers were in fact another important reason why Rożi would never dream of moving away from there. She always remembered the day her father suffered a massive heart attack. How would she have coped if they hadn’t patiently helped her out? They drove her to Mater Dei Hospital, cooked for her, and fed Giovanna, the crazy clumsy cat that lived with Rożi in her house.

Xgħajra is a small village and very few people live there all year round. Most people only come for six months of the year to make the most of the peaceful seashore. In winter the storms and gale force winds are extraordinary: the wind can sound like an angry wild dog on the prowl outside your window, and the waves rise as high as buildings until they finally smash and disintegrate against the sharp rocks. This is why most people decide to return to their homes in Ħaż-Żabbar for the colder months.

But not Rożi – she spends all her summers and winters there. Always. And although she does not live quite at the water’s edge she can smell the spray of salty water from everywhere. The village, made up as it is of a few parallel hills which all converge down at the shore, means that sea in Xgħajra is visible from all around and can be felt nice and fresh in your lungs from every corner.

But not this last year. Ever since the house next door to hers, together with the one which came right up to wall surrounding her backyard, were pulled down – just like that, both at the same time – Rożi doesn’t know what’s hit her. Instead of the scent of sea-spray in the air, there’s dust from rubble and lime. Instead of the rustling sounds in spring from birds’ nests in the orange tree in the garden, there’s the excruciating sound of a digger that destroys your very will to survive the day. Instead of the welcome spray from the choppy sea hitting you when you open the front door (which she rarely keeps on the latch anymore), a white cloud of fine dust greets you, and enters your eyes.

Giovanna the cat also feels uneasy. She barely used to spend time indoors before. She was always tucked away somewhere in the orange tree – sometimes fast asleep on a branch, sometimes sharpening her nails against the trunk, and sometimes actually believing she might catch a sparrow. But now Giovanna is always fast asleep on a chair inside the house, and she barely bothers to move except when she hears the rattling sounds of her food being prepared. She seems to have become more affectionate, too. Possibly due to boredom caused by what’s going on around her – or perhaps because she’s getting older and meeker, thinks Rożi. Or maybe a bit of both. Who knows.

Conversation between the same few people…

“How beautiful Marì, have you seen the ones over there?”

“A block has gone up. There are sea views from the top ones.”

“Yes, of course! Mario’s daughter bought one of them. It wasn’t too expensive, you know. Two hundred thousand. That’s with floor tiles and bathrooms included.”

“Madonna! Our house only cost eleven thousand about thirty years ago. And we can see the sea.”

“O yes, Tessie hun, but for these days they got it for a song.”

“Yes, well, maybe. They’re quite lovely really. Wish her luck, will you?”

“There's quite a few new buildings coming up now, you know. And even Rożi's house has just been pulled down.”

“And Rożi? In fact I haven’t seen her in ages.”

“Well, Rożi’s at the Imgieret Home now. She could barely walk anymore, poor thing, but you know, she never wanted to leave Xgħajra. You’d always see her around. Sitting on a bench and snacking on a piece of bread. Let me tell you, I’d prefer God to take me a little earlier than ending up at that awful old people’s home. My mother was there, God rest her soul. It’s more like a madhouse than an old people’s home. They treat everyone like little children and hardly ever let you out.”

“Poor Rożi. So who’s taken her house then?”

“Her brother, I think. She’s got a brother who’s about twenty years younger and he’s taken over the house and had it pulled down. They’re just waiting now for new permits to be able to add an extra floor, that’s what Twanny said.”

I’m still hunting for food in the rubbish which really seems to have increased around here recently. I was hoping to find some chicken breast like last time, but instead I ended up cutting my tongue again on a round thing which had the remains of some kind of fish on it. A young girl comes to feed me sometimes, but mostly I have fend for myself. My eyes are constantly watering and blurry and they sometimes hurt so I can’t open them properly. I hardly hear the birds any more, either. Ahhh … those days in that tree of orange balls, food always ready and waiting, and a warm bed for the night have well and truly gone. That old woman in a sweater the colour of the sky and eyes the colour of soil has disappeared without even saying goodbye or warning me that I was about to find myself without a roof over my head.

But when some time passed and this monstrous animal turned up and devoured the house where I once lived, even pulling up the tree with the orange balls from its roots, I realized it was all over and that day, and the next – I completely lost my will to eat or even to move.

When you want to die in old age, the body gives in and allows you to die.

Rożi took her final rasping breath on one of those white forgotten beds in rows at the Imgieret Home precisely on the day that the first flat, built where once Rożi’s mother, father, siblings and Giovanna the cat lived, was sold.

Rożi had for some time now been praying to Jesus of the Divine Mercy to take her with him and release her from the torment of this new life which she never imagined would be imposed upon her precisely at the end. She often thought of Giovanna. During those three visits of her brother she never managed to prise out of him what exactly he’d done with her. He just looked away, and Rożi understood that just as he’d dumped her in this ugly home where no one ever visited her, he wouldn’t have been at all bothered to throw Giovanna  out, either.

This Imgieret place just wasn’t for her, she’d tell herself repeatedly. It’s true that when she was still at her house in Xgħajra she could barely walk, but she felt strong and healthy in every other way. What happened was, with the building works and the constant noise and everything going on around her, her younger brother managed to convince her that it would be in her best interest to move some place where she could be taken care of. Somewhere beautiful full of trees and tranquillity. And he would take care of Giovanna himself. Don’t worry, he’d tell her. She fell right into the trap. Pu!

As she was lying in her bed in those last hours of life a nurse overheard her mumbling. The nurse pitied her there, all alone, she pulled up a chair and sat beside her. She’d had enough experience to recognize the signs of a person dying.

“Poor thing, they left her all alone so I stayed with her. But she had a big smile on her face as she called out to someone, Giovanna, to get down from the tree so she could feed her. It gave me the shivers to watch her smile and roll her eyes at the same time. Then she grabbed my hand and asked whether I wanted salt in my broth. I went along with it and said yes as I stroked her hair. She asked me whether she was in Xgħajra and, because I know that she loved it very much over there, you know she was brought up there and everyone there seems to know her, so I said yes. You’re in Xgħajra, and Giovanna is here next to me. Her face got all serious suddenly and she asked whether Giovanna had forgiven her. I don’t know who this Giovanna is, but I said yes of course, she has forgiven you.”

Rożi smiled once more and remained that way with her mouth open wide across her face. Her breathing got shallower and slower with each minute that passed until she took her final breath.

Perhaps there’s nothing after this, an emptiness, as many claim. But I decided to believe that after her death, Rożi returned to her house in Xgħajra, to be surrounded by the scent of oranges, to be within the sound of the wind which she loved and which would sometimes slam her door shut, and with Giovanna fast asleep on one of the kitchen chairs.