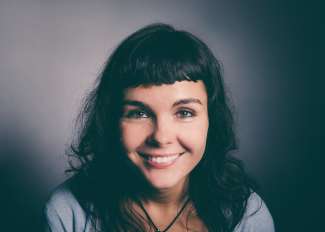 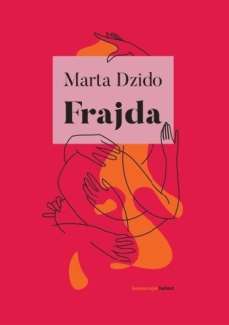 Translated from Polish by Kate Webster

Maybe you’re right, maybe I went a little crazy, I got too caught up in the mood, and now I’m saying everything, so very much, without thinking. I’m trying to remember your body, but I can’t recall an image, only impressions, fragments, pieces of the puzzle.

The spiral-shaped, protruding belly button. The scar on the left thigh. The firm buttocks. The rough little hairs around the nipples. You’re a disjointed memory to me now. A cubist design, crumbling into smaller pieces. All my shots of you are close-ups, no medium or long shots. Nothing that would give this story room to breathe. Close and out of focus, details quivering. One after the other. Contradicting all the principles of constructing a film narrative. Lips that fill the entire screen. Part of an ear. Pores on the skin of an unspecified body part. The bend of an elbow. The nape where the bare neck ends and the hair begins. A protruding shoulder blade. A brown mole. The soundtrack consists of loud, deep breathing, whistling like a rush of air in an open space, like a whirlwind churning around rocks, like the roar of the ocean and the steady slapping of the waves. This is the film about you that I play, a time-worn single copy with no reconstruction or colour. Literally a few shots, unused elsewhere, recorded by accident, before anyone shouted “action!”

I was stirred. I settled. I fell silent. You build excitement in me from episode to episode. Life hastens and meanders, but you… Again, still, and again. Our interiors and our open airs. Our film sets. Nothing exists but us. All the world is only a mock-up, a background against which our kisses last forever.

In the city, it smells first of lilac, then of jasmine, and soon after of linden. We sneak into various isolated places, away from random passers-by, where we can vent the lust that pulsates in our blood and drives our nocturnal frenzy.

The gate is bolted and there’s no way to climb it, over its sharp points and embellishments, but you point to a wide gap at the bottom, you lie on the pavement to check whether we could slip through. I look around to make sure no one can see us, then I press myself to the ground, sideways, careful not to get stuck, my hair brushes the dust.

Success, we’re on the other side.

We have the city’s oldest cemetery all to ourselves. Silence and emptiness; and yet – a crowd.

I hesitate because something inside tells me that maybe we shouldn’t. But at this point we have nowhere to go, there’s no other place we could be together a while, freely, without witnesses. And here it is so disturbingly beautiful, so silent among the moss-covered monuments and old sculptures, so safe, the proximity of these dead beings all around. The dried-out flowers, burnt out candles, old trees with their huge roots bulging out of the ground.

All of a sudden, in the dark, you pull my top up over my head and with an overwhelming force you press me with your whole body into the cold stone. I feel a piercing chill on my back, your fevered heat on my breasts and stomach. Pinned down but not yet completely decided, disoriented by how quickly things have developed, uncertain, because maybe it’s iconoclastic, maybe it’s not allowed, maybe… But somewhere this rationalism recedes, somewhere this voice of internal dictates, prohibitions and duties falls silent, as this wonderful tension inside me begins to grow, starting low down, in the inner thighs, surging in waves of irresistible desire. Without hesitation, I let you lead me into temptation. I think: if it’s this strong, then your will be done. I pulsate, I spin, I go crazy. For me you are passionate and full, for you I am firm and juicy. In the presence of so many deaths, our amorous impulse is more violent and brutal than ever. There is an indescribable necessity to it, a blind rush and a revelation that ends with your ascension in me.

Afterwards, I’m left with a purple imprint on my shoulder where you gripped me too hard, a bruise that changes colour over the next few days to grey-blue, then greenish, then yellow, until finally it disappears.

You asked me if I had any tangible mementoes of you from that time. I do. One photo. You’re on the train, laughing, raising a wine bottle to your lips. It’s a beautiful photo because it says everything about us then. It speaks of our hunger, of madness. Of racing ahead without a destination, of no future, of the fact that we want all of life, and more, and we want it immediately. I can still taste you in that moment, the taste of early apples, not quite ripe, slightly tart, but hard and perfectly crunchy. Big eyes and mouth, neither woman nor child, with your whole self you emit an unconscious signal: take care of me. Oh yes, little one, I’ll take care of you, you have no idea how I’ll take care of you.

I can’t work out where we were going in this photo. The two of us, together – because I’m also in this picture, except that I’m on the other side of it, out of shot, I’m the one who pressed the shutter.

I no longer know what direction we were headed in, probably south. Out of the mist emerges the way you were suddenly clinging to me. An empty carriage all to ourselves. Your heavy breasts, sensitive to the touch. You’re sitting on my knee, the empty bottle is rolling around on the floor. Clink, clink. The rhythmic clatter of the wheels.

There’s something animal inside you, a wildness that leaves no place for predictable or learned gestures. My whole being is drinking in your primitiveness, and you’re thrashing about in all directions, eager and greedy, untethered by restrictions. I’m listening to your body talking to me and I’m trying to keep up with it. We’re sliding into the darkness at a hundred miles an hour, and just once in a while some glimmer of light or a runaway platform flies past outside the window.

A trip where it’s not the destination that counts, but the journey. A wild ride, downhill, in freefall, with no brakes.

Panting, you say: “All you think about is…”

I reply: “What else is there?”

We finally slow down in the morning, at dawn. The train stops at Zagórz. Crumpled, sweated into a stupor, emanating the acrid smell of our mingled juices, we roll out of the carriage into a billowing heat, a week of holiday stretching ahead of us.

I have another photo from that period, a photo of me; this time you’re the one pressing the shutter. My eyes are half-closed, my torso bare, my face a picture of blissful indolence. We’re hitchhiking, in the back of a vehicle. Remember how it shook?

A terrible heat wave had been trailing us, we’d taken off whatever we could. Sweaty, salty from the sweat.

You took me into your mouth then, you latched onto me, so warm, so… sturdy. I can’t find another word for it. You wrapped your arms around me, and I grabbed your ponytail and pulled on it, rhythmic and gentle. Up and down.

It was great for me – well, you know that.

The driver dropped us at a bend in the road between Dwernik and Chmiel, on the River San. We bought a lottery ticket and hazelnut wafers at the grocery store.

After you’d fallen asleep, I secretly threw the ticket into the fire. I watched the flames devour it and – euphoric, full of endorphins – I felt that with you I had already won everything. I’d hit the jackpot. Your sleepy voice came from the tent: “Where are you? Come here.”

You didn’t have to ask twice, I went at once.

I don’t idealise us, my love – on the contrary, I remember every imperfection, every stumble, and now I think that perhaps I could have been different then, better. I didn’t understand at that time, I wasn’t able, I couldn’t bring myself to tell you those three specific words. After all, I was never supposed to say them. I just whispered straight into your ear, mimicking the wind, hoping you would understand my long, drawn-out howl, and the only thing I succeeded in doing was evoking a hurricane, which ravaged your intricately woven landscape, the idyll you had built, in which you were waiting for me.

Maybe I was craving another woman for adult life. One who wouldn’t want as much room as you. As much freedom. A woman who I could be certain was mine alone, who wouldn’t be carried away by the river current, nor seized by the waves. I didn’t want to just keep chasing and trembling. And you, what did you want?

I have no idea. Maybe I should have loved you then. Or maybe I was too young, too greedy, unprepared. I stood motionless on the shore and watched you drift away from me.

Annoyed that you were the way you were, not different, that I couldn’t control you, that in the depths of my soul I wanted to have you only for myself, exclusively. Tucked away in a box, a praline-filled chocolate wrapped in foil.

You’re squatting in an ice-cold stream, waving at me, wearing a blue headscarf and wet trainers. I’ve found a perfect place behind the trees to pitch our tent, now I’m wandering around collecting wood for the fire. I remember how voraciously you’d taken me that morning, and I think that I’d like it differently in the evening, a bit calmer. We wait for the sky to fill with stars, for the bright night to be kindled inside us.

An ominous comet tail. The smoke smells of pinecones. You, damp with soil and moss.

You slide on top of me and freeze still. Inside, you’re gently clenching around me. You don’t let me make the slightest movement, not even the gentlest thrust, nothing. You grasp and ungrasp me, you suck me in, only to oust me a moment later. Your other muscles don’t even twitch. I am in you, slippery, fleshy and ready to fire, and you take all of me inside you.

Later I fall into a wonderful postcoital lethargy and I don’t know whether I’m asleep or awake when you say to me – disconcertingly, as if you could sense our end: “If you ever have to stick a knife in my heart, I beg you, do it carefully and do it with tenderness.