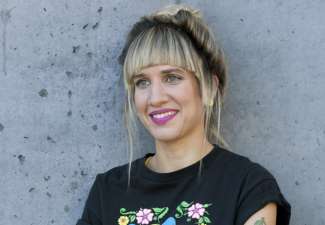 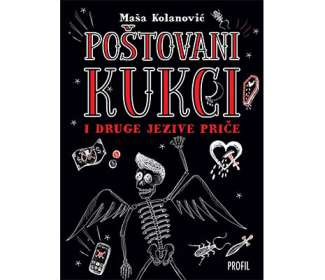 Translated from Croatian by Vladislav Beronja

I can’t take it anymore. I want to get rid of all of these relics as soon as possible. They only remind me of death. There’s already a graveyard of old furniture in front of the building. A pile-up of tattered sofas, ripped out corner accents, dismantled children’s bookcases stickered with soccer players and Smurfs, wobbly chests and over-turned drawers that have started to molder. And they’ll molder even more in the rain, which had just started sprinkling. People from the building threw out all this bulk waste a few weeks ago. Probably to get rid of things at the end of the year. Like they’re heeding some old superstition. Nobody knows how long the clean-up will last nor who’ll pick it up. It’ll probably be rotting right here in front of us for months. Gypsies have been roaming around this neighborhood and circling around the piles for two days already. They’re picking through what’s useful. I’m going straight to IKEA today. I’m going to buy some furniture that’s light and airy as a feather. I’ll also con-tribute to the pile so whoever wants to pick through it, let them. I’ll throw out all this bulky lumber and the massive pull out couch, I’ll part with the dark brown china closet and the nightstands forever. I’ll be light and modern, in sleek Scandinavian gray. I’ll ask that kid on the first floor to take out all this derelict furniture to the curb, I’ll even give him some dough for it, since he’s without a job and probably living off his parents — he just hangs around here all day anyway. First, I want to get rid of the massive green couch. I can’t stop seeing Joso on it, getting smaller, turning into a pest, dying. Sometimes, the combination of the pillow with the crumpled blanket starts looking like his scrunched outline on that couch, the fetus-position that he settled on in his final days. Then, I can really see him, as if he’s still alive and lying right there in front of me, only instead of arms and legs he has grown antennae like the thin creases on the cover that branch around the middle bulge made by the pillow. It’s already been six months. I gave away all his clothes to the refugees in Porin. There were some really nice suits in that pile. From his days as a director. A director of the State Department Store. When he was the head honcho in the mid-eighties. In the end, it all came down to nothing. Fancy lunches, business trips, contracts, committees, meetings. What good is all that when you’re curled up in a fetus position. First, they forced him into early retirement in the early nineties. He had fallen out of favor. And he was a Serb on top of it. Okay, he had one thing going for him, a Croat wife. But it would’ve been better the other way around. He didn’t manage to switch allegiances fast enough. Those who had been picking up his tab were later turning their backs on him. First one heart attack, then another, and then, bam, cancer. And these cancers, they’ve been spreading everywhere around us ever since the war. Like we’re sandy beaches. At this point, you’re just waiting to see who’s next. I’ve been through it all with him. From beginning to end. And children? What can you expect of them? They have their own worries. They’re just trying to make it in this world. I’m going to IKEA now and I’ll throw out all this decrepit furniture that people have been dying on, crying on, pissing and shitting on for years. I’ll rip out all these wooden lighting fixtures and old wallpaper. I’ll outfit everything in a new Scandinavian design, it’ll be like in those sleek, modern pharmacies. I’ll flatten to the ground all this moldy furniture, the kitchen sets dripping with layers of grease, which I can’t scrape off even with a drill bit. I’ll toss everything away and start from scratch. That way maybe I’ll even find the nest of cockroaches, which have been darting out like bullets at night and getting lost in all this massive woodwork. Oh, I’ll sprinkle their nest nicely with poison. I see them. I see them everywhere. I don’t even know if they’re real or not anymore.

I’ll even squander what little savings I have, because who knows how much longer I have left to live. We’ve saved up with all kinds of nest eggs, in dinars, foreign currencies, and kunas. We just work, make sacrifices and save up like bees, and then everything collapses, some inflation, some bank, or the state gobbles it all up. And we just keep putting life on hold. Saving up for rainy days. As if this life of ours isn’t rainy enough. Now it’s my sister’s turn, too. They found something on her armpit. She’s waiting for the results as we speak. I don’t want to call her, I don’t want to know the results. At least not today. I’ve had enough of this slow death. But you just go right ahead and start saving! For what dead future, for what old age. When it comes with all its troubles, no amount of savings will be able to bribe it. Just like they tried to bribe that hubby of mine, to go along, to sell the state assets when he didn’t want to — a kick in the ass and in comes the new cadre. And he was a Serb on top of it. Later, all these new honchos ended up in prison. By then, we had already left public life. We didn’t even feel any relief. Fine, at least I kept my job in the state firm, which didn’t go under and paid me a pittance until my retirement. I’m going to IKEA, at least it’s now in the neighborhood. When I remember those trips to Graz, getting up at four in the morning. Driving in the dark, up to the border, and then through Slovenia. We’d arrive in the suburbs of Graz right before dawn. It’d still be dark out. You wouldn’t know where to begin, the time is ticking, and your body’s pumping with some crazed adrenaline. All these stores in one place, you’d buy as much as you could hide in your car, mostly trifles. Some tiny chair that’s easy to fold up, some blankets, a set of plates. Nothing big. Something bigger wouldn’t fit in the trunk anyway. Some clothes that you couldn’t find around here. Modern. From the future. They weren’t even that expensive. And that hubby of mine would always find something to complain about. A Director of the State Department Store, but he hates shopping. He’d worry about getting caught for smuggling. If he could live a hundred more years, he’d still wear that same exact suit and that same shirt with a greasy collar, and every afternoon he’d lie with the newspaper on that same sunken couch whose springs would jab further and further into his ribs. The important thing is to do business fairly and according to regulations. Well, he can have ‘em! I even wanted him to be a little more corrupt back then, it was fashionable at that time, when everything was changing, when socialism was dying, while we hoped for the better. Everyone loosened their grip a little back then. And then it started in earnest. Afterwards, it was each man for himself and god against all. Now IKEA is right here in front of our noses. In the Zagreb-East business district. No more border crossings, hiding of trifles, ripping of price tags, doctoring of receipts. Swedishness knows no borders. I’m going. A gypsy is playing turbo-folk on his cell phone while picking through scrap. He asks me whether I’ve got anything. Soon enough, my darling, soon enough. Christmas trees on the ground everywhere. The Catholic Christmas is over. Some-body should let the neighbors know. Christmas trees are lying in front of the dumpster like corpses. Great savings are about to start. Water drips down the gray façades.

This clunker of mine can barely start. Who else drives an old Škoda Favorit? With no air conditioning. The dead Director of the State Department Store, that’s who. The Last Mohican of market socialism. Like I need something better. It’s not like I go anywhere. What’s all this construction everywhere? I haven’t left my neighborhood in months and now I hardly recognize the city. Construction every-where. Are there even enough people to fit into so much construction? Is there anyone dying in this new construction? Zagreb-East. Business district East. The industrial district Žitnjak is not too far off. They were blowing up Serb houses and chasing people out of their homes over there, and we didn’t know anything about it and now we pretend that we still don’t. We got through it alive at least, which is more than some others can say. Now there’s new houses even there. Like nothing happened. What am I saying, they’ve built them everywhere. I can’t miss the turn for IKEA. I can’t even see well anymore. I’m blind as a bat. I’m driving straight into the sun. Now rain, now shine, even the weather’s gone mad. Even the winters aren’t what they used to be. Just a bunch of damp wind and the sun hiding behind the clouds. But there it is, I see it, the yellow-and-blue building. It looks like a toy from afar. Here it is! I got the directions right. It’s swelling in front of me. Getting bigger and bigger. Monday morning and the parking lot’s full. People and things. IKEA people on the billboard. Make room for life.