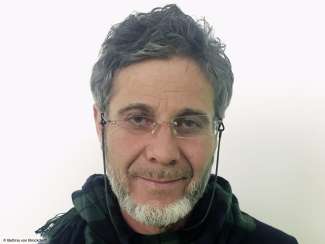 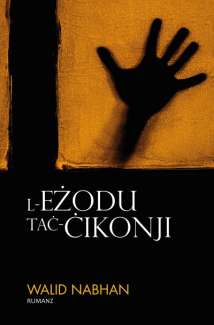 When the 1967 war ended and the Arab body lay wounded on the ground, people wailed to such an extent that they almost became blind. Some people chose to stop believing in God when they gazed upon that large body full of wounds, succumbing before the feet of the small adversary that had inflicted all those injuries. Others insisted that it was disbelief in God that had landed us in this precarious situation, and that Islam was the only cure. Some retorted that communism was the answer. The Arab Nationalists had no clue what to do since their ‘romantic’ project had ended in a heap, bleeding to death on the ground. Shouts and quarrels broke out, while a hundred, thousand knives lashed out to operate on that supine body. Arrests and shooting as well as exchange of fire between political adversaries took place. The prisoners and ‘disappeared’ piled up, while the wounded body which inexorably stretched in pain was about to enter into a lasting coma.

During all these events, on the first anniversary of my birth and that of my twin sister, my mother suddenly stopped talking. She had been conversing less and less for a while but now she turned completely soundless. She didn’t answer when addressed, as if she was deaf and couldn’t hear anything. Twenty years ago her eyes stopped glittering with joy and now her lips became fossilised. She held all the words and grief and pity and anger and confusion within her and locked them away behind thick walls of silence. My father never insisted we take her somewhere to be cured, as if he knew that there was no cure. He remained gazing at his nothingness, as if nothing had happened to his beloved wife. In the little time he spent at home, he kept staring into the unknown. Occasionally he would glance at her and quickly turn away frowning, as if he knew what lay in store for her and all of us, behind those silent symptoms.

At precisely two o'clock in the morning, on 14 July 1969, two years after that fateful defeat of June when my mother was engulfed in silence forever, she passed away at the age of 44. She had been described as a beautiful woman, but no one could remember the last time she had smiled after losing her Palestine. Now all of a sudden, she was gone, wrapped in eternal silence. Nakseh and I had just been weaned off her breast.

At first, after performing initial tests on my mother, the doctors at the UNRWA, the so-called ‘United’ Nations agency set up to aid the Palestinian refugees in the Near East, concluded that while I was suckling what was left in her dry breast, my twin sister was injecting her breast with some rare poison that caused malignancy.

The attention of the Scandinavian doctors of the UNRWA was quickly drawn to the fact that a lot of people were dying in the refugee camps without showing any outward symptoms of chronic illness, and that a large majority of people stopped talking after their lips grew stiff. The Scandinavian and Belgian doctors were at their wits’ end because when they tested both the dead and the living, they found traces of that same poison which my twin sister had formulated. The doctors sent for more advanced apparatus, but it was all in vain. After performing numerous biopsies and importing numerous instruments, robots and microscopes, the professors couldn’t establish the true link between my twin sister’s poison and the silence that embarked on the lips of the Palestinian refugees that had spread to all four corners of Syria, Lebanon and Jordan. A large quantity of money was squandered but the mystery was never resolved until two Norwegian anthropologists conducted research that involved visiting those corrugated iron sheds. They immediately concluded that there was an organic link between going mute and passing away after a year or two, three at most. There was an essential ingredient which eluded all professors and doctors, and ridiculed their injections and recipes, and that anomaly was the love for Palestine.

After the sentimental bond with my mother had been broken, the metabolic bond was immediately severed. My mother had left when I needed her most. To add salt to the bleeding wound, the world made fun of me 20 years later by providing me with loads of ‘mothers’. How could you possibly understand a woman? A hormone pops up and she promptly becomes enslaved. Another hormone appears, searching for 1,000 things that need to be cared for from a woman’s biological perspective. Even if this thing is disfigured and prickly and has caused a dreadful curse upon the whole world. Then another hormone enters the bloodstream and sends her into a mysterious transformation. Hands abruptly become tools to caress. Legs transform into pillows. Breasts into nozzles of nourishing protein withstanding tears and pain while providing its unconditional comfort and softness.

On 14 July 1969, I lost the mother I never had. The mother who had been dead since 1948. Her sister, my aunt Safiyyah, insisted that it wasn’t true that my mother had died in 1948 because, according to her, my mother kept up her hopes until 1967. “Who hopes isn’t dead, my dear,” my aunt said. According to her, the difference between a dead person and a living one, is that one hopes or not. This meant that my mother died when my twin sister was born. Perhaps that’s why my father never bothered to look at me from the day I was born, was never interested to look at my face which one day would be a perfect copy of his. No doubt he associated me with the loss of Palestine, which in turn caused my mother’s death. He watched her slipping away before his very eyes, wrapped up in his own silence, but was unable to do anything. He helplessly observed her packing her suitcases to leave this earth without fuss.

My mother was buried about 18 metres away from her sister Sarah who had died 13 days before. In the same row, there were seven new tombs between them. Three of their residents were my relatives. Most probably, their demise was due to the destruction I had brought with me into the world. It’s no wonder I spent many long years feeling guilty and responsible for those holes in the ground that continuously multiplied.

Omm il-Hiran, the isolated cemetery in the south east of Amman, was a small and nearly empty cemetery in 1967. By 1970 it was declared full to bursting point, unable to accommodate another blasted grave. The non-elected Hashemite government had to allocate another place to serve as the new cemetery for Amman’s inhabitants. The Jordanians grumbled vociferously since the new cemetery was far away and would require an inconveniently long journey to bury one’s dead or to visit their graves. Besides this, the native Jordanian cadavers weren’t too pleased to reside beside the dead refugees. Goodness knows the last time they washed themselves before dying! It would have been even worse if they had washed themselves with that soap made out of used frying oil which the so-called United Nations provided!

First we occupied their space above the ground and now we’re bothering them in their tombs too. The non-elected government of Jordan quickly realised that if it were to give in to the native residents’ demands, it would have to set up two cemeteries, one for the native Jordanians and another for the stinky refugees. But after thinking it through, the non-elected government concluded that a decision like that would create a rift with unimaginably terrifying consequences. After all, from the non-elected government’s perspective, the dead wouldn’t give a shit! It was more concerned about the living militants who began to operate in the western part of the country, firing at Israel from various angles. The non-elected Jordanian cabinet said that their house was made of glass and therefore they couldn’t afford to throw stones at the houses of others, because the others would throw stones back and destroy theirs. So the non-elected Jordanian government banned the Palestinians, who had sold their homeland to the Jews, from attacking Israel from their fragile kingdom of Jordan. Never mind that the West Bank, including East Jerusalem, was under the Hashemite Crown. The West Bank is called the West Bank, because the East Bank is in fact, Jordan. The two banks were considered to be the two lungs of Jordan. Though all of a sudden the Hashemite King realised that it was better off with one lung. King Hussein was a true professor of the art of survival amongst that forest of rifles.

In spite of the indigenous Jordanians’ complaints, the government went ahead with allocating a large patch of ground to serve as a new cemetery in the south west of Amman, at a place called Sahab, which lies at the edge of the desert that stabs Amman from the south. Thirty-five years later, I returned to look for my father’s grave and spent hours there, completely lost and unable to find my bearings in a cemetery that appeared larger than the country itself. That cemetery halted the march of the wild desert; a desert spreading from Hejaz and Tabuk in Saudi Arabia, where the Arab prophet and his strange companions emerged from, to rule half of the ancient world.

Moreover, the non-elected government also stated that the Palestinians were badly behaved in Jordan, abusing their hosts' hospitality and, in all probability, confusing kindness for weakness. The Palestinians were establishing an authority within the authority. They stopped, interrogated and arrested whoever they pleased and brought them in front of their own distorted justice. We must remember that many of these Palestinians are Freemasons and communists who sleep with their sisters, and therefore are not only displeasing God but are also angering the Americans who are even more powerful than God.

Under this unbearable pressure, mainly from the United States and other countries that disliked the way Palestinians were behaving in Jordan, the non-elected Jordanian government had no choice but to crush the Palestinian resistance on 17 September 1970. The Hashemite army, which couldn’t fire a single shot in the right direction to defend Jerusalem in 1967, suddenly transformed into a ferocious lion, fearing nothing. In less than 48 hours, this army was able to massacre a respectable number of Palestinian refugees. As usual, the exact number of casualties was kept under wraps. While the Palestinians recorded over 5,000 casualties, the Jordanian officials insisted that the death toll didn’t exceed 300. Evidently, there is a ridiculous gap because those 4,700 corpses must have been fabricated! The exact figure will always remain buried under the dust.

The 1970 disaster was named the Black September, a descriptive and rhetorical name. By the age of three, I was already burdened with three major wars. Nakbeh, Nakseh and Black September, and the worst was yet to come. Three years burdened by three major disasters of which the latter two, as we have noted, were brought on by me. To no surprise, my mother chose to leave this world early on, before she saw brothers killing brothers, neighbours butchering neighbours and people dying with strange questions in their eyes, questions with heavy answers. You could possibly understand an enemy killing you, but how could you come to terms with your brother killing you?