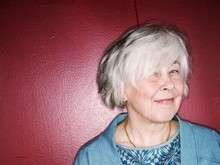 The alert reached Uppsala police at ten p.m., on Monday 7 March 1932, a few hours after district court judge Hjalmar von Sydow and two female servants had been found beaten to death in an apartment on Norr Mälarstrand road in Stockholm. Suspicion fell immediately on the judge´s son, Fredrik von Sydow.
Fredrik and his wife arrived in Uppsala in a taxi-cab at twenty to eight the same evening, and the car pulled up outside Stadshotellet, the city’s foremost hotel. When cab driver Erik Oskar Valdemar Nordkvist read about the murders the following day, and saw the picture published in the newspaper, he felt sure that last evening’s passengers were Fredrik von Sydow and his wife. He noted that Mrs. von Sydow had looked much better in real life than in the newsprint photograph.