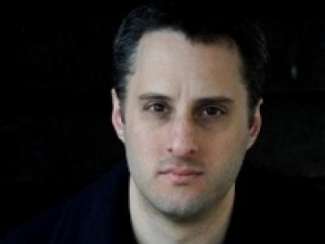 Adam Foulds was born in 1974, went to Bancroft’s School in London, read English at St Catherine’s College, Oxford, and took an MA in creative writing from the University of East Anglia in 2001. He lives in south London.

EUPL Year
2011
EUPL Country
the United Kingdom
The Quickening Maze
Epping Forest, 1840. The poet John Clare, once admired by the critics but now out of favour and struggling with alcohol and mental disturbance, is incarcerated in an asylum, High Beach. At the same time, the young Alfred Tennyson moves in nearby: his brother Septimus, suffering from melancholia, is also a patient at the asylum. Matthew Allen, the charismatic asylum owner, has recurring financial worries, having already been imprisoned for debt earlier in his life. He hopes to solve these problems by persuading investors, the Tennyson brothers included, to support an ill-fated scheme.

Beyond the walls are all that Clare longs for: the beauty of the natural world, home, and the possibility of reunion with his childhood sweetheart, Mary, and his wife, Patty. Outside is also the world of the gypsies whom Clare encounters on brief excursions. The closed world of High Beach asylum is vividly depicted – the travails of individual patients, the mad with ‘their frantic, tunnelling logic, their sorrow, their hopelessness and aggression and indecencies’, as well as the hopes and aspirations of Allen and his wife and family. At the centre is Clare’s own fall into madness and the delusions that convince him he is Byron, or prize-fighter Jack Randall, or even Robinson Crusoe. At the end of the book, Clare escapes and struggles homewards towards his village of Helpston, not knowing that Mary has died in his absence. 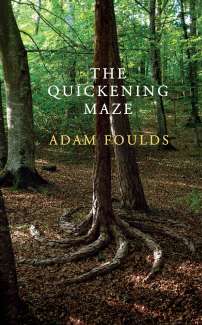 John walked on through the forest, passing charcoal burners sitting inside their huts, ancient things of poles walled with cut turf, old as any dwelling probably. They had to spend days out there, making sure the fires didn’t catch, but slowly ate down to coal the wood piled under covers. The smoke that rose was sweet, much sweeter than at the lime kilns where John had worked off and on. He saw them look up and stare out of their darkness and risked a greeting doffing of his hat, but they didn’t move. Then, half a mile away, in a clearing there were vardas, painted caravans, tethered horses, and children, and a smoking fire. A little terrier caught the scent of John and stood with its four feet planted, leaning towards him, as if in italics, to bark. An old woman seated near the fire, a blanket around her shoulders, looked up. John didn’t move or say anything. ‘Good day to you,’ she said. ‘Good day,’ John answered, and then to let her know he knew them, was a friend, said, ‘Cushti hatchintan.’ She raised her eyebrows at that. ‘It is. It is a good spot. You rokkers Romany then, do you?’ ‘Somewhat, I do. I was often with the gypsies near my hatchintan, in Northamptonshire. We had many long nights. They taught me to fiddle their tunes and such. Abraham Smith, and Phoebe. You know them?’ ‘We’re Smiths here, but I don’t know your crew. I haven’t been into that county, or had them here. This is a good spot,’ she raised an arm to gesture at it. ‘Plenty of land and no one pushing you off it. And the forest creatures, lots of hotchiwitchis to eat in winter. This is one commons that don’t seem to be getting ate up.’ John shook his head and answered as one weary elder to another. ‘It’s criminal what is nominated law now. Theft only, taking the common land from the people. I remember when they came to our village with their telescopes to measure and fence and parcel out. The gypsies then were driven out. The poor also.’