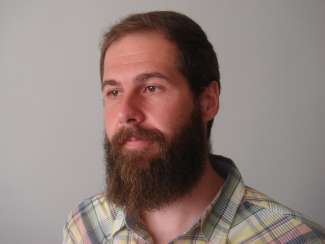 Cristian Crusat Schretzmeijer was born in Spain in 1983, the son of a Spanish father and a Dutch mother, being himself both Spanish and Dutch.
Crusat received his M.A. in Literature Studies from the Complutense University of Madrid and his M.A. in Applied Linguistics from the International University Menéndez Pelayo of Santander and the Cervantes Institute. Additionally, he has completed his PhD in Comparative Literature at the University of Amsterdam.
He has lived in France, Morocco and The Netherlands. Crusat is the author of Estatuas (Pre-Textos, 2006) Tranquilos en tiempo de guerra (Pre-Textos, 2010) and Breve teoría del viaje y el desierto (Pre-Textos, 2011). In 2010, Crusat was awarded the Manuel Llano Internacional Prize. He has seen his essays, translations and articles on literature published in a wide range of Spanish and Latin American journals, such as Revista de Occidente, Letra Internacional, Punto de partida and RevistAtlántica. Cristian Crusat also edited and translated El deseo de lo único. Teoría de la ficción, the critical essays of the French writer Marcel Schwob (Páginas de Espuma, 2012). He teaches the Spanish language and literature abroad.

EUPL Year
2013
EUPL Country
Spain
Breve teoría del viaje y el desierto (Brief theory of travel and the desert)
The six stories of Breve teoría del viaje y el desierto contemplate the full range of human experience. They take us on a journey around the world, from the arid landscapes of the Mediterranean coast to the work of the brilliant Serbian writer, Milorad Pavić. All of the characters are waiting for, searching for, or exploring the possibility of a revelation which never appears in their numbed here-and-now. And yet, paradoxically, they seem incapable of taking any kind of effective action, with the possible exception of Lena, who writes from the floating world of dreams. As Sufi mysticism tells us, the soul craves change, and immobility can feel like a slow death that can creep up anywhere: turning up on roads, in deserted parking lots or hotels packed with tourists (the desert of the modern world). However, fate or mere chance (an irrelevant incident, someone fainting on a nudist beach, a plane crash that never actually happened) can reveal in a flash the true face of a character’s isolation.

Thanks to an extraordinarily versatile prose, a nomadic style, which adapts to the different spiritual, physical or imaginary locations of each story and to the fragile individuality of their inhabitants, Crusat guides these buffeted characters through the abyss of fears, self-doubt and desires which make up the modern world. 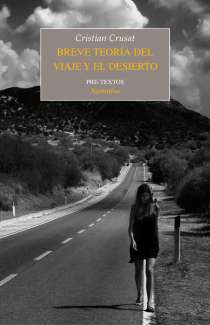 The world has turned full circle. Now it revolves around a car that has just dropped off a Russian hitchhiker.
“I don’t like Almeria”, Ben grumbles from the front passenger seat, aware of the lingering taste of petrol in his mouth. “My father’s car had an Almeria number-plate. I always thought it was crap.”
Ben and Magali are willing captives of the vast desert landscape of Almeria, but their nerve endings are still bouncing off the riveted partitions in the WCs at the petrol station, the first stop on this journey that began at a place that could have been anywhere on the Costa del Sol. It is July.
(Ben and Magali speak the same language, but right now communication between them is floundering).
After several hours driving parallel to the Mediterranean, with a succession of torsos bent in morning prayer (religion wedged between speed bumps and grimy car wash tunnels) and the sprawling sea-front mansions flashing past them, they reached the desert and the petrol station they have just left behind: an oasis of asphalt, broken glass and plastic.
Ben looks at Magali, taking in her good looks and her firm, skinny arms resting on the wheel, the arms of a willowy conservatoire student. He still has the tune of “Woman Driving, Man Sleeping” by EELS ringing in his ears. Through the windscreen, the horizon shimmers in the heat, like a child plucking at water in a glass.
Minutes earlier, at the service station, Ben had been unnerved by a volley of high-pitched crackling over the loudspeakers: it was as if they heralded the impossible ringtone of a gigantic mobile phone crouching behind a limestone hill, the shadow of some monstrous creature from a hentai or anime cartoon (the product of his imagination ignited by the stifling midday heat of Almeria). The stench of fuel and burning rubber hung in the air as far as the bend in the road where the hitchhiker coolly walked away, haloed in absolute nothingness, as if in a country music video clip. Because, as Ben instinctively knows, the one to blame for all this is the Russian hitchhiker they picked up back at the roundabout and have just dropped off at some godforsaken place on the map - any map - including Almeria. (He hadn’t even said “goodbye” when he got out of the car). And another thing… The description of the beach he’d recommended to them was probably a perverse Soviet lie.