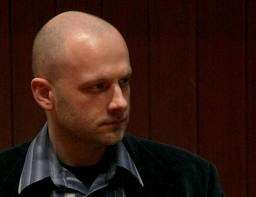 Goce Smilevski (b.1975) was born in Skopje, Macedonia. He was educated at the Sts Kiril and Metodij University in Skopje, at Charles University in Prague and at the Central European University in Budapest. He is the author of the novels The Planet of Inexperience, Conversation with Spinoza and Sigmund Freud’s Sister. He won Macedonian Novel of the Year Award in 2003 for Conversation with Spinoza. In 2006, he was also awarded the Central European Initiative Fellowship for young European authors.

EUPL Year
2010
EUPL Country
North Macedonia
Сестрата на Зигмунд Фројд (Sigmund Freud's sister)
Sigmund Freud's Sister by Goce Smilevski is a novel told from the point of view of Adolfina, one of Sigmund Freud's sisters. It is a personal story that mirrors the rise and fall of the era that begins with optimism in the middle of the 19th Century and ends with the Holocaust in the Second World War. Set in Vienna, the novel portrays the relations within the Freud family, especially those of Sigmund Freud with his mother Amalia and his father Jacob that could be seen as the soil from which grew Freud’s ideas on dreams, the Oedipus complex and the death instinct. Its narrative structure relates a recollection of memories, which draw upon the interplay between the life of the Freud family and the theory of psychoanalysis, as well as between dreams and reality. Sigmund Freud’s Sister shows how the search for lost time as Adolfina grows from a girl to an old woman, is a search for truth. It is a search that does not result in a simple listing of memories, but instead reveals a story about self-understanding spanning from her childhood to her last days in the Therezienstadt concentration camp in 1942. 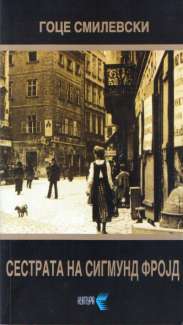 “Adolphina, are you asleep?”
“I’m awake,” I said. My sister Paulina was lying beside me in the bed.
“What’s the time?”
“Certainly past midnight.”
My sister woke up every night and always began the same story with the same words in the darkness of the room.
“This is the end of Europe.”
“It’s often been the end of Europe before.”
“They’ll butcher us like dogs.”
“I know,” I said.
“Aren’t you afraid?”
I kept silent.
“This is what it was like in Berlin in 1933,” Paulina went on, and I no longer even tried to interrupt her in what she had already told me many times. “As soon as the National Socialist Party and Adolph Hitler came to power youths started marching through the streets in time to military music. Just as they’re marching now. Flags with the swastika hung from the buildings, just as they hang there now. You could hear the voice of the Führer from loudspeakers set up in the squares and parks. He was promising a new Germany, a better Germany, a pure Germany.”
It was 1938, and four years earlier Paulina and Marie left Berlin and came to live in the home they had left when they got married; for four years now we three sisters had lived together. Paulina was almost completely blind and somebody always had to be with her; she slept in the bed where our parents had once slept and Marie and I slept alternately beside her. We alternated because Paulina woke up every night and Marie or I, depending on who was in the room, went without sleep.
“It’ll be the same here,” my sister went on. “And do you know what it was like there?”
“I know,” I said sleepily. “You’ve told me before.”
“I’ve told you. People in uniform burst into Jewish homes, wrecked everything around them and beat us up, telling us to go. All who did not think like the Führer, and dared to express their opinions in public, immediately disappeared without trace. Word was that opponents of the ideals on which the new Germany was to be built were being taken to camps and forced to do hard physical labour there, were being tortured and put to death. It’ll be like that here, too, believe me.”