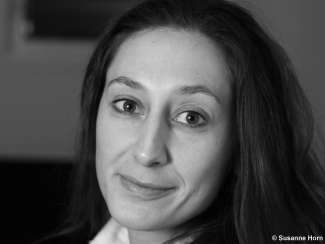 Ida Hegazi Høyer, born in 1981, is a Norwegian citizen with Danish-Egyptian ancestors. Her roots are in Lofoten in the north of Norway, but she grew up in Oslo. Høyer has studied sociology and worked in a clothing store, and she now writes and lives in Oslomarka – the woodlands surrounding Oslo. She is the author of three novels: her debut, Under the World, was published in autumn 2012, followed by Out in 2013 and Forgive Me in 2014. In August 2014 she was the recipient of Norway’s Bjørnsonstipendet, awarded to a prominent young talent.

EUPL Year
2015
EUPL Country
Norway
Unnskyld (Forgive me)
Forgive Me (2014) is an intense novel about love, self-deception and dangerous secrets.

In Ida Hegazi Høyer's third book, a young woman meets a young man, and it's love at first sight. He is a student of philosophy who impresses her deeply with his intellectual talk of individualism and his free spirit – he seems like the perfect man. They move into a small apartment, and in the days and weeks and months to come they become completely engulfed by one another. But it does not take long before she starts harbouring feelings of unease. Small signs, small oddities suggesting that he might not be what he appears to be.

Forgive Me explores the darker sides of everyday life, in a realism that borders onto the dreamlike and absurd, with a language that entices and surprises the reader, and through the use of black comedy. 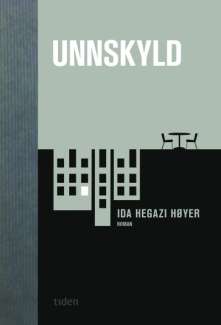 There was a bed on the pavement. All the way from the end of the street you could see that there was a bed in front of our entrance – someone was moving in, someone was moving out, something was wrong. But it wasn’t until I came up close and was about to go inside, that I saw that it was our bed, our duvet, our pillows. It all looked like an installation out there on the street.

It was a Sunday, nearly summer now, I came home and our bed was outside. You had made it, the duvet neatly folded, the pillows without head hollows, and the bedspread, which we never actually used, hung over the frame. An eternally closed night-time segment.  Probably I paused, sensing a stop or a warning, don’t go upstairs. And it was hot, the middle of the day, burning light beneath the sky.

The one flight up. Ten steps, two steps, then ten steps more. You hadn’t left the door open. You had locked it. And this I would never forget – you knew I was the only one with a key.

The dog ran out. The minute I let myself in, she came running past me. And I saw. And I understood. Your pictures, our pictures, they were no longer hanging on the walls. The skyscrapers were on the floor, face-down, two empty frames of white.

Our window was closed and the blinds were down. The closet doors were shut, the lights were out, and in the middle of the floor, where the bed had been, lay a kitchen chair. Not a sound to be heard, no air to be breathed. Twelve noon.

I did not go over to you. But I went into the room.

I walked around you, along the walls, to the window, to the day. I pulled up the blinds, opened the window, and I could have jumped; it would have been fine, because right there beneath me, positioned precisely for falling, was our bed.