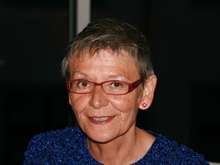 Iren Nigg was born in 1955 in Schaan, in the Principality of Liechtenstein. She also grew up in Schaan and attended the Höhere Töchterschule St.Elisabeth. Nigg then travelled extensively before she studied journalism at the Institut für Journalistik und Kommunikation, University of Fribourg in Switzerland, from 1981-1984. After her studies, she did press and PR work for various newspapers and non-profit organisations. From 1997-99 she was responsible for the PR of the association Aktion Miteinander, which promoted rights for foreigners in Liechtenstein.

Nigg started publishing short pieces of prose in literary magazines in 1987. In 1988, her first full-length book, Fieberzeit, appeared. After that she did not publish much at all until 2005, when 19 short prose texts by her were included in a compilation of writing by regional authors called Land Sichten II. In 2006, Nigg published her second book, Man wortet sich die Orte selbst.

EUPL Year
2011
EUPL Country
Liechtenstein
Man wortet sich die Orte selbst (Wording the Places Oneself)
Man wortet sich die Orte selbst consists of prose texts of different lengths, from short, condensed vignettes to short stories and novellas. In these texts, the author’s main concern is the exploration of the creative writing process. Iren Nigg starts at the level of individual words, more specifically, the sounds of words. At this level, she is often inspired by the way children play with new things or words: unbiased, with intense curiosity and serious dedication. When she takes her exploration on to the level of voices, characters and stories, or fragments of stories, the references change. Given the musical quality of Nigg’s writing, it is no surprise that dancing is one of the major metaphors for the creative writing process. Plots and characters are subordinated to the musical play of words and Nigg reveals and constructs different layers of meaning in her texts. She addresses stars, animals and human soulmates, among them a brother and a friend. Only rarely does she refer to concrete political events. Life is presented as a screenplay with stages that keep changing, while in the process of creative writing it is always “the heart which is her companion”. 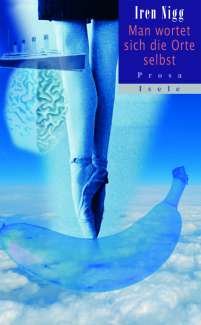 Youthful
Finally! I’ve seen her beauty. And have rescued her. For the first time! I’ve seen her beautiful… my whole life I’ve been paralysed with fear at her gaze. The finely-formed head…the warm brown eyes and then! the little tongue, quick as lightning! it’s whisked out. What did she want in the courtyard? on the stones! I took her and put her back in the grass. To coil oneself up like that – how she can do that! the little snake. I’ve never feared the big ones, on the contrary! once I had a young boa around my neck. She announced herself with a light pressure…it was utterly enthralling. And now the little one! finally seeing the truth: she’s so beautiful! so beautiful ~ and warm and brown and gleaming. To coil oneself up like that – how does she do that? like that, as a spiral, I’d go upwards next.
November does what’s expected of him – oh! it’s fog, how does he do that? and he darkens! the morning and the evening. Makes everything new, where is it? in fog, and in darkness it lies. How does he do that? seems to want to taunt us…to teach. Next he’ll throw snow outside! ah, in spring we’ll see. It will certainly have grown great by then…now acts the humus! of what’s past.

Language has her humor: nothing, she says, absolutely nothing! as if one could further increase nothing. Absolutely nothing! Somehow or other the little Me has vanished inside, smoothly. But the afternoon sun! the strand of cobweb ~ the light has been travelling along it.

Just living, you know. Upright, cheerful – and a person. I’m not a robot, am allowed to make mistakes, should I? just live! come on. To create a new name! soon it will be December. There will be a Christmas tree at Mother’s. But how the streets dazzle! with glitter – better to go on.

By the smoke over there I know the southerly wind. Oh! irrevocable…this day.

I believe in miracles, I saw the dog! in summer, it was saved. In the forest I hear its screaming, I was already on my way back, but I turned around and quickened my pace, pain! I felt, heard. I located it, it came from a tall pile of lumber. I spoke into it: Help! is on its way, hang in there! and I went running, cutting across the woods. Three men with hatchet and axe and saw got the blonde bitch out, they gave it their all and it took a whole hour! until she was safe and sound. She was bruised, exhausted…and recently she kissed my face, a homecoming…healed! the beautiful being. Three days she must’ve been imprisoned in the wood, luckily! there was rain. Irrevocable…this year; and finally! parting. I am guiltless, free.