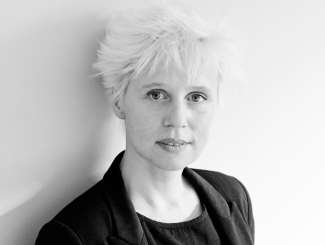 Isabelle Wéry is a Belgian actress, theatre director and author. Born in Liège, she studied acting at INSAS in Brussels until 1991. In parallel with her work as an actress with a variety of directors, she writes and creates her own theatre works.

Her written debut for the stage was with La mort du cochon, for which she received her first nomination for the Prix du Theatre. At the Théâtre de la Vie, she directed her two other texts: Mademoiselle Ari nue and Juke-Box et Almanach. Ceci est mon corps, based on La vie sexuelle de Catherine M by Catherine Millet, is one of her latest creations for the stage. She also wrote Le Bazar des organes for the Compagnie SKBL, touring all over France.

She is also the author of the novel Monsieur René, an imaginary biography of the Belgian actor René Hainaux, as well as Saisons culottes amis (Yvette’s Poems), published in 2010. In 2013, her short story Skaï was published as part of a collection of Belgian authors, Feuillton, and her novel Marilyn désossée was published in 2013.

EUPL Year
2013
EUPL Country
Belgium
Marilyn désossée (Marilyn Deboned)
Marilyn Turkey writes a novel. Ever since her childhood, she has been fascinated by romantic encounters and inhabited by ideas of duos, complicity, pacts, “love undertakings” and amicable partnerships. While she is writing this novel, she revisits fragments of her life and becomes immersed in the memories of her intimate and explicit encounters.

Marilyn Deboned is a road-movie in three acts: the first act when she is aged between six and eight, the second part as a young adult and the third act in the “here and now”. It’s the story of an exploration and a digression. What are the diverse forms in which love is embodied? What is this crazy thing that suddenly brings together two creatures for a unique moment? Marilyn’s exploration knows no limits. She searches everywhere she feels like, including the world of humans, the world of animals, and the world of plants. 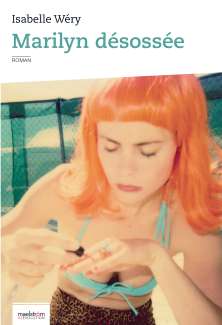 The basement, the garage and the laundry room.
As to the flavour, it stinks, everywhere. Because of the drain water in all the hose-pipes that pierce the belly of my house. They say that there are snakes that live in the pipes. They say that it happened in my neighbourhood that a snake came and licked the bum of someone who was sitting on the pot. Can you believe that…? Well, when I’m lying cushy in my bath, I don’t know how what could happen to me. What unavoidably will happen to me. It WILL HAPPEN to me because I am NOT like everyone else and something important IS GOING to happen to me. I can feel it. I know it.
In the laundry room,
There is a freezer, a washing machine, an organ.
I know how to play the organ. Anyhow, to make music is super easy: you just have to put your fingers in the right places at the right times. For someone who is fairly punctual and precise like I, it is thus relatively easy. And so, I play the organ. Especially the Ave of Maria. I’m made for it. It’s true. When I play it, even the fish in the freezer are troubled. I would even say, impressed. A musical majesty comes out of this black and white organette – which also stinks, like a musty mouth – and explodes with fireworks of emotion playing with the body and soul of all that is alive. And the Ave of Maria, it’s powerful, you know. Apparently, it’s a religious thing. So my father said, “You see, religion also has its good sides!” That confused me. It’s true. Because I’d turned against religion. And I DO NOT want to make my confirmation. Because of the priest. In church, he tells stories that make me want to cry, and when I cry, I become even weaker and then the priest, he can make me swallow anything he wants because I need so much to believe in something that reassures me. Oh, it’s an internal fight. And then you always have to be kind even to those who are mean to you… It’s hard! It pisses me off, frankly. I should give my favourite pen to my brother when he’s bugging me? No way. Punch him, yeah. My brother and the priest. An eye for an eye, a tooth for a tooth, I’ll keep my pen, and you go play with your cars! Hydrocephalus head!

Yes. “HYDROCEPHALUS HEAD”.
If the water makes the pipes on the first floor swell, the water also makes my brother’s head swell. Poor li’l guy, he’s so unlucky. It was the doctor who said to my mother that “the child has a big head.” I could see that my mother didn’t like that at all. Me, I have examined my brother along all his suture-seams, and I have not seen anything abnormal.