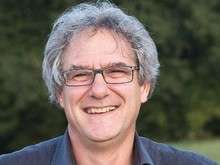 Jean Back (b.1953) was born in Dudelange, an industrial city on the French border. After finishing secondary education in Esch-Alzette, he became a civil servant, first at the Ministry of Labour, then at the Ministry of Culture. Since 1989, he has been in charge of the Centre National de l’Audiovisuel in Dudelange. In 1990, he staged a photo exhibition, Lieux et Portraits du Bassin minier. In addition to his strong commitment to visual arts, in 2003 Jean Back turned to literature with Wollekestol, a tribute to his hometown and its steel industry. Jean Back writes in Luxembourgish and German.

EUPL Year
2010
EUPL Country
Luxembourg
Amateur
Jean Back’s short novel Amateur houses a complex narrative. Set in 2007, the narrator comes across a short story he wrote in 1971 as an eighteen-year-old student. He rewrites the initial story and combines it with the memory of a love story, the heroine of which is Rosa, a young girl from Germany who is much more experienced in sexual matters than he is. Jean Back’s text does not use a straightforward storytelling style, but deploys the complex composition of a ‘polylogue’. So, using this collage style, the different voices do not gain an absolute meaning but a relative one, with the sense of the piece coming through the intertextual gaps. Back’s fictional ideas extend outwards to contain much reflection on the opportunities and risks of literary writing. 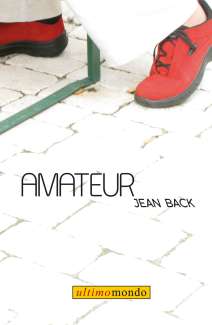 Three years ago: the pictures of May 1968 on the covers of newspapers, riots at the Sorbonne, strikes in Nanterre, Sartre, slogans, mass demonstrations, burned-out cars and Cohn-Bendit laughing the CRS into their visors... back then, I had the impression that in the next months Luxembourg would be invaded by students and I suddenly thought that burning barricades and flying paving stones would suit our fashionable high street Groussgaass very well. Shop assistants would roll down the shutters before the jewelers' display windows and the police would drive the students away like they drive away foreign musicians from street corners. But, with high school kids joining the university students, the resistance would grow and together they would make a stand in the Empire of benches and banks, as Manderscheid called it in his 1973 film Quiet Days in Luxembourg. Outrageous things would befall our quiet Maryland: people from Mars would suddenly raid the cake shops and delis and, yelling, parade the cut-off heads of the large duck family on sticks through the Ënneschtgaass. Screams would be heard in the valley of the Petrusse: ministers' executive secretaries would run naked over the sloping meadows, their heavy breasts merrily bouncing up and down. Car rallies would be held in the garden of the bishop's palace and the bishop would place his head and hands in the stocks on the Knuedler, tearfully bemoaning the injustice which the Catholic Church has inflicted on women for centuries. Nothing would ever be the same again. Self-accusation upon self-accusation would fill the newspapers' columns: from small-minded bureaucrats spending their well-remunerated time in bars instead of at their workplace, to authoritarian teachers and secretive politicians, to the highest ranks in the police force and judiciary who were masters in the dissimulation of delicate affairs. Luxembourg would, what a revolutionary thought!, transform into an open-minded, modern state. Government buildings and museums would clean house and all the stuffy administrations and old paintings would turn into a vast, clear flowering landscape smelling of scented candles and lavender oil. Social justice and democratic workers' rights: these things would at last become reality. Student councils would form in schools and would have to be taken seriously. New concepts like anti-authoritarian education, tolerance and sexual liberation: they already had their place in the half-ironical, half-critical commentaries next to the pictures of the stone-littered boulevards. Back then, I felt restless, like you do when you cannot immediately comprehend an important event in your life.