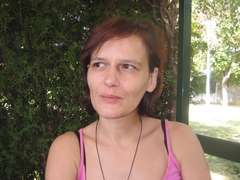 Lada Žigo is a Croatian writer. She was born in 1970 in Zagreb. She graduated in Comparative literature and Philosophy from the University of Zagreb. She has written literary reviews and essays for many newspapers and cultural and literary magazines (such as The Bridge, Europski glasnik, Republika, Književna republika, Kolo, Nova Istra etc.) over many years. She runs a literary panel for the Croatian Writers’ Association.

Her first book, People and News People (Ljudi i novinari) came out in 2007 (published by SysPrint) and was shortlisted for two prestigious literary awards – Ksaver Šandor Gjalski and Kiklop. In that book, Ms Žigo's main theme is the issue of  sensationalism in the press and its influence on both everyday life and the truth itself, which, unfortunately, often remains undiscovered in its own time.

Her second novel, Bitches (Babetine, SysPrint 2009) sets itself against the “women's writing” then in vogue.

In 2010 Ms Žigo published Roulette (Rulet, SysPrint) a novel exploring how gambling can become the only hope for people in a transitional society who have no better prospects. Essentially existentialist in character, this work has elements of a thriller, in its portrayal of a man who tries to outwit roulette, that is to say destiny, using a creative strategy based on numbers.

In 2011 Ms Žigo published Healer (Iscjelitelj, Alfa) a novel in which she targets another phenomenon not unknown in transitional societies – false healers and fortune-tellers who manipulate people and take their last hopes. It is a humorous work which sets the traditional idiom of Dalmatinska Zagora in opposition to the “new” language of contemporary tycoons.

Ms Lada Žigo is a member of the Croatian Writers' Association and Croatian Freelance Artists Organization. She lives and works in Zagreb.

EUPL Year
2012
EUPL Country
Croatia
Rulet (Roulette)
Lada Žigo's novel entitled Roulette describes post-war Croatia in a way which differs from the stereotype that has been fed to European readers for over 20 years. This description is based on several factors: more than a billion kunas are spent every year on gambling and there are about 50,000 chronic gamblers in Croatia. There are more betting and gambling outlets in Croatia (with 4.5 million inhabitants) than there are in London. The sale of Croatian banks, businesses and firms to foreign investors and companies is just one aspect of the brutal capitalism which led to exploitation on all levels, which, in turn, was followed by increasing unemployment with dire consequences like extreme poverty for many people. Metaphorically speaking, human beings become like roulette balls in a game in which only powerful croupiers take the winnings.

The main character of this essentially existentialist novel is a disillusioned soldier who starts to gamble after he finds out that powerful Serbian and Croatian leaders are united in crime. At the same time, the Americanisation of the culture and language is further annulling the sovereignty of this “small country”. People’s jobs, chances and hopes are being squandered in the environment of liberal capitalism. Disappointed and disillusioned, the main character in Žigo's novel indulges in playing roulette, a game that becomes one of destiny in which one can win or lose all.

Organized as a series of adventurous episodes, the novel also introduces a plethora of side characters who tell their own tragic stories of life on the margins of society. 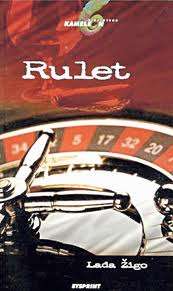 Ilica Street was once again deserted. It was three in the morning. They were walking towards the Zagreb Brewery. Ante was looking down at the asphalt. The professor was looking up at the sky. But they seemed to be gazing at the same plane.

«Professor», said Ante halting suddenly and holding onto the metal fence whilst gazing at a tree. «This evening I blackmailed a lowlife. Do you think this is a moral act? » he asked, pulling at the metal rod of the railing, as if he wanted to pull it out.

«There are no morals. Morals do not exist», answered the professor calmly. He stopped, coughed and then continued:

«We live in a society without morals, Ante, my young man. It’s a question of rights and power. One needs must go with the other, but often this is not so. There is power without rights, like politics, corruption...»

«Last night I blackmailed a lowlife. I took his money. I took sullied money off a man who threw me onto the street. God damn it! Should I have lashed out or simply taken it? What do you think about that, professor?»

«When a man claims his rights by law, but does not have the power», began the professor raising his forefinger, «then he lashes out at those who wield the power, but do not have the right to do so. And revenge is logical. Revenge is mostly motivated from without, rarely from within. There are very few psychopaths. Madmen are usually ordinary people, who have fallen victim to society.»

«Explain, professor! What about hate… is hate a logical result of one who tends towards what is right?» asked Ante in a fluster, as if he had not blackmailed someone the night before but simply been meditating.

«Do you know how a pessimist is born? » asked the professor taking Ante by the hand. He looked him straight in the eyes. «When an idealist experiences a number of setbacks.»

«And then... once the idealist realises that ideals do not exist, then his world is turned upside-down», continued the professor, stroking his beard and then stopped again.

«Once you realise that life is run by coincidence, and not by a system or logic, and if you still favour systems, them the illogical throws you out of joint.»