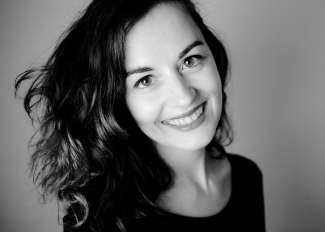 Lana Bastašić was born in Zagreb in 1986. She majored in English and holds a master’s degree in cultural studies. She has published two collections of short stories, one book of children’s stories and one of poetry. Catch the Rabbit, her first novel, was published in Belgrade in 2018 and reprinted in Sarajevo in 2019. It was shortlisted for the 2019 NIN award and was translated into Catalan and Spanish in 2020. Her short stories have been included in regional anthologies and magazines throughout the former Yugoslavia. She has won Best Short Story at the Zija Dizdarević competition in Fojnica; the Jury Award at the ‘Carver: Where I’m Calling From’ festival in Podgorica; Best Short Story at the Ulaznica festival in Zrenjanin; Best Play by a Bosnian Playwright (Kamerni teatar 55) in Sarajevo and the Targa Unesco Prize for poetry in Trieste. In 2016, she co-founded Escola Bloom in Barcelona and she co-edits the school’s literary magazine Carn de cap. She is one of the creators of the ‘3+3 sisters’ project, which aims to promote women writers of the Balkans.

EUPL Year
2020
EUPL Country
Bosnia and Herzegovina
Uhvati zeca (Catch the Rabbit)
Catch the Rabbit is a story about two Bosnian women and their complicated friendship, structured as a Balkanic mirror of Lewis Carroll’s Alice’s Adventures in Wonderland. Twelve years after they last saw each other, Sara receives a phone call from Lejla and decides to go on a road trip from Mostar to Vienna in order to find Armin, Lejla’s long-lost brother. But the journey will prove to be much more than an innocuous reconnection of old school friends: it is a road to a Balkanized ‘heart of darkness’, where Lejla’s life was reshaped by strict identity politics and her sense of self was lost. Growing up in a Serbian family, Sara has had all the privileges denied to her best friend and has managed to repress her guilt together with her mother tongue. Now, years later, she has to go down the ‘rabbit hole’ of her language and bear the Coleridgean burden of telling the story over and over again. 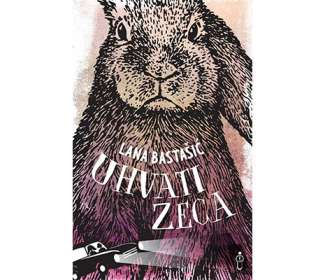 Translated from Bosnian by the author

To start from the beginning. You have someone and then you don’t. And that’s the whole story. Except you would say you can’t have a person. Or should I say she? Perhaps that’s better, you’d like that. To be a she in a book. All right, then.

She would say you can’t have a person. But she would be wrong. You can own people for embarrassingly little. Only, she likes to think of herself as the general rule for the workings of the whole cosmos. And the truth is you can have someone, just not her. You can’t have Lejla. Unless you finish her off, put her in a nice frame and hang her on the wall. Although, is it really still us once we stop, once we freeze for the picture? One thing I know for sure: stopping and Lejla never went together well. That’s why she is a blur in every single photograph. She could never stop.

Even now, within this text, I can almost feel her fidget. If she could, she would sneak between two sentences like a moth between two slats on a Venetian blind, and would finish my story off from the inside. She would change into the sparkly rags she always liked, lengthen her legs, enhance her breasts, add some waves to her hair. Me she would disfigure, leaving a single lock of hair on my square head; she would give me a speech impediment, make my left leg limp, think up an inherent deformity so I keep dropping the pencil. Perhaps she would take it one step further, she is capable of such villainy – she wouldn’t even mention me at all. Turn me into an unfinished sketch. You would do that, wouldn’t you? Sorry – she. Lana Bastašić

She would do that if she were here. But I am the one telling the story. I can do whatever I want with her. She can’t do anything. She is three hits on the keyboard. I could throw the laptop into the mute Viennese Danube tonight and she would be gone, her fragile pixels would bleed into the cold water and empty everything she ever was out into the Black Sea, dodging Bosnia like a countess dodges a beggar on her way to the opera. I could end her with this sentence so that she no longer is, she would disappear, become a pale face in a prom photo, forgotten in an urban legend from high school, mentioned in some drunk moron’s footnote where he boasts of all those he had before he settled down; she would be barely detectable in the little heap of earth we left there behind her house next to the cherry tree. I could kill her with a full stop.

I choose to continue because I can. At least here I feel safe from her subtle violence. After a whole decade, I go back to my language – her language, and all the other languages I voluntarily abandoned, like one would a violent husband – one afternoon in Dublin. After all these years, I’m not sure which language that is. And all that because of what? Because of the totally ordinary Lejla Begić, in her old sneakers with straps and jeans with, for god’s sakes, diamanté on the butt. What happened between us? Does it matter? Good stories are never about what happens anyway. Pictures are all that’s left, like pavement paintings, years fall over them like rain. But our beginning was never a simple, silent observer of chronology. Our beginning came and went several times, pulling on my sleeve like a hungry puppy. Let’s go. Let’s start again. We would constantly start and end, she would sneak into the fabric of the everyday like a virus. Enters Lejla, exits Lejla. I can start anywhere, really. Dublin, St. Stephen’s Green, for instance. The cellphone vibrating in my coat pocket. Unknown number. Then I press the damn button and say yes in a language not my own.

After twelve years of complete silence, I hear her voice again. She speaks quickly, as if we parted yesterday, without the need to bridge gaps in knowledge, friendship, and chronology. I can only utter one word, Lejla. As always, she won’t shut up. She mentions a restaurant, a job in a restaurant, some guy whose name I’ve never heard before. She mentions Vienna. And I, still, just Lejla. Her name was seemingly harmless – a little shoot amidst dead earth. I plucked it out of my lungs thinking it meant nothing. Lejla. But along with the innocent stem, the longest and thickest roots came spilling out from the mud, an entire forest of letters, words and sentences. A whole language buried deep inside me, a language that had waited patiently for that little word to stretch its numb limbs and rise as if it had never slept at all. Lejla.

‘Where did you get this number?’ I ask. I’m standing in the middle of the park, stopped right in front of an oak, paralyzed, as if waiting for the tree to step aside and let me past.

‘What does it matter?’ she answers and goes on with her monologue, ‘Listen, you gotta come pick me up... Can you hear me? The connection’s bad.’

‘Pick you up? I don’t understand. What…’

Still. During all those years of our friendship she had never once mentioned Mostar. We had never been there, either, and now it somehow represented an indisputable, common-knowledge fact.

‘In Mostar? What are you doing in Mostar?’

I’m still looking at the tree, counting the years in my head. Forty-eight seasons without her voice. I know I’m going somewhere, my route has something to do with Michael, and the curtains, and the pharmacy, but all that has come to a standstill now. Lejla showed up, said cut, and everything froze. Trees, trams, people. Like tired actors.

I keep looking around me afraid that someone would hear me. Words fall out of my mouth and stick to my coat like burrs. When was the last time I spoke that language?

‘Yeah, you’re very important,’ Lejla says, ready to devalue the entirety of what I might have lived in her absence. ‘Living on an is-land, probably reading that boring big-ass book all day long, having brunch with your brainy friends, right? Awesome. Anyway, listen… You gotta come get me as soon as you can. I gotta go to Vienna and these morons took my license and nobody gets that I have to...’

‘Lejla,’ I try to interrupt her. Even after all these years it is perfectly clear to me what’s going on. It’s that particular logic of hers that says gravity is to blame if someone pushes you down a flight of stairs, that all trees were planted so that she could take a piss be-hind them, and that all roads, no matter how meandering and long, have one connecting dot, the same knot – her. Rome is a joke.

‘Listen, I don’t have a lot of time. I really have no one else to ask, everyone’s bullshitting me with how busy they are, not that I have a lot of friends here to be honest, and Dino can’t drive ’cause of his knee…’

‘… so I was thinking you could fly to Zagreb this weekend and get on a bus, though maybe Dubrovnik would be better.’

‘Lejla, I’m in Dublin. I can’t just pick you up in Mostar and drive you to Vienna. Are you insane?’

She’s quiet for a while; the air leaves her nostrils and hits the receiver. She sounds like a patient mother doing her best not to slap a little kid. After some moments of her heavy breathing and my staring at the stubborn oak, she says, ‘You have to.’