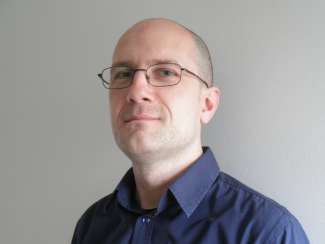 Luka Bekavac, born in 1976 in Osijek, is a writer, translator and literary theorist. He teaches at the Faculty of Humanities and Social Sciences, Zagreb University (Comparative Literature Department) and has contributed articles on philosophy, literary theory, music and literature to a number of magazines, radio programmes and peer-reviewed publications, including Performance Research, Frakcija, Filozofska istraživanja and Književna smotra. He has translated works by Martin Amis, Jonathan Franzen, Alberto Toscano, Naomi Klein, Aleksandar Hemon and others, and worked as an editor for Quorum literary magazine (2004-2006), focusing on links between popular culture, experimental music and philosophy. His critically acclaimed novels Drenje (2011) and Viljevo (2013) were nominated for a number of regional awards. Viljevo won the Janko Polić Kamov Award in 2014.

It opens with 'August', a monologue transcribed from a corrupt reel-to-reel tape, inviting readers into virtually uninhabited Slavonian plains. This poetic and fragmentary narrative, removed from any recognisable timeline, revolves around the themes of solitude and recollection, nature and technology, the final stages of decaying civilisations, as well as the possibility of transcommunication – contact with the 'beyond'.

'After Midnight' is a raw and intense document of such an attempt at channelling the unknown: a sequence of questions and answers between the characters of 'August' and their obscure counterparts. Reading as a strict interrogation, this section resolves certain ambiguities of the introductory monologue, while introducing new doubts about the basic framework of the story.

The final chapter, 'Marković', brings about a change of pace and context. Set in occupied Osijek in 1943 and written as part memoir, part painstakingly constructed (para)scientific article, it revolves around the activities of an illegal anti-fascist radio station. Mysterious technical difficulties that keep obstructing its work are gradually revealed, providing a captivating backdrop to the entire book: they offer a series of new explanations, ultimately leaving the final interpretation open. 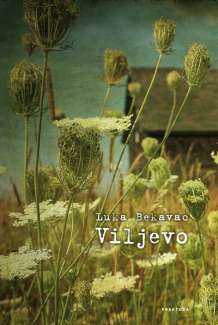 The events I’m going to describe took place in Osijek during the summer of 1943.

I remember those months as a time of deafness: on the world front, the war was at full swing, just as it was in inland Croatia, then in alliance with the Axis powers; but in Osijek itself, the capital of the Great Parish of Baranja and Kammerhofer’s headquarters, the noise stopped. Katarina Garaj, Ignac Šlezinger and I, members of the isolated cell in the very heart of the town, were in charge of a radio station that transmitted weekly proclamations and kept daily contact with the liberated territories. From mid June to early September we worked out of a large four-bedroom apartment on the third floor of 9 Ustashe Street. The place, as far as I remember, used to belong to the Korskys or the Kohns. I don’t know what happened to them. The deportations of Jews began back in the spring of 1941, after the synagogue had gone up in flames, and by mid August 1942, around 3,000 people in Osijek, together with dozens of families banished from other towns, were taken to Auschwitz or Jasenovac. After that, I often asked if fighting for this place made any sense at all.

What I’d like to reflect on here began more or less inconspicuously, in late July or early August. I can’t go into details about our business. I can only say that we noticed the first spark of this occurrence precisely at the time of our illegal activities. Unfortunately, I no longer remember what it was exactly: one of our shows, or an encrypted transmission to one of our groups. I remember only that one evening someone heard brief interruptions in the sound, lasting for only a fraction of a second, machine-gunned with short periods of silence, as if coming from a broken speaker, losing contact somewhere in the wiring. We checked all of our equipment; everything seemed all right, but the disturbance came up again the following day, this time in the middle of Ustashe National Radio’s daily program. Someone seemed to be trying to sabotage the signal. It lasted for hours.