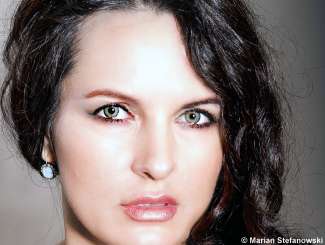 Magdalena Parys (born 1971) is a poet, writer and translator. She is the founder of the Polish-German literary magazine Squaws, and a graduate of Polish philology and pedagogy at Humboldt University in Berlin.

EUPL Year
2015
EUPL Country
Poland
Magik (Magician)
The starting point of the story is a press release: 'In 2010, the Federal Commissioner for the Stasi Records (the German government agency) cleared almost six kilometres of files (20 million pages). It is estimated that in the time of the Iron Curtain about 4,500 people from the Eastern Bloc tried to escape to the West across the Bulgarian borders. About 100 of them lost their lives.' This information provides the inspiration for a multilayered story about people trying to unravel the circumstances of mysterious deaths in the 1980s.

Although the story is set in 2011, its roots go back to the 1950s. That’s when an operation called Magik began: a brutal operation where GDR Stasi cooperated with Bulgarian border guards to murder refugees from the socialist countries who, in the days of the Iron Curtain, tried to illegally cross the Bulgarian-Turkish or Bulgarian-Greek borders. Although the pretext was to prohibit illegal border crossings, this led to the elimination of opposition activists. In the book, GDR history intertwines with the outbreak of the Solidarity movement, contemporary Berlin, human stories of guilt, punishment and escape from responsibility, as well as a complicated investigation by a disobedient police officer, Kowalski. Though removed from the investigation, he does not give up – and will discover the dark past of some influential politicians in the reunited Germany... 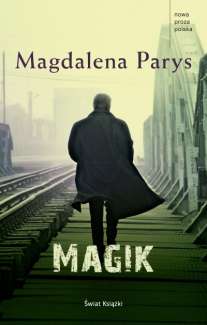 Ever since the children had gone to college abroad, Christian Schlangenberger's wife seemed calmer, and for a few months he’d had a new, young mistress called Felicia. These were long-awaited changes, but they weren’t the most essential. The most significant event of the past year was that, in February, more than 5.8 kilometres of files at the Stasi Records Office, some 20 million pages of A4, had been annulled. They’d disappeared.
He ran through that sentence in his mind once again: 5.8, nearly 6 kilometres of files had disappeared from the Stasi Records Office. The biggest success of his life, the wisest move he’d ever made, like a chess move, checkmate, files gone. If they’d awarded Oscars for that sort of real-life role, he’d have swept the board, for production, screenplay, direction and lead performance. He had planned this move extremely carefully, spreading it over a five-year period, and without involving anyone from outside. The entire operation had been run for him by Frank Derbach, a close and trusted friend, who felt he was doing a favour for a party colleague, the originator and sponsor of this unprecedented operation. He wouldn’t have done it for just anyone. Just for him.
Apart from the months following the fall of the wall, when the security service agents had tried to destroy part of the archive, this was the first incidence of files being eliminated on such a major scale. While the first attempt had been frustrated, thanks to the involvement of outraged citizens of the former GDR, the second, 20 years later, had taken place without much more than a flicker of interest from anyone at all – 5.8 kilometres of files were officially deemed to be dispensable, needlessly occupying clerical time. So the files vanished. Schlangenberger hadn’t had much trouble selling the idea that they were dispensable to the few representatives of the media who were interested in the matter. Of course he knew that not everything could be hidden. In so-called democracies, hiding things never produced the best result. Success depended on whether it could be packaged nicely.