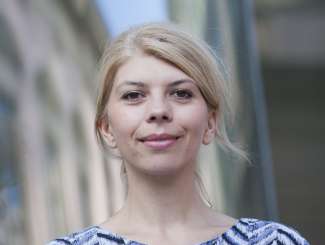 Marica Bodrožić was born in 1973 in Svib, Croatia, in former Yugoslavia. She moved to Germany at the age of ten and learned German, which she now sees as her “second mother tongue”. German also became her language for creating literature.

Bodrožić writes essays, novels, poems, and stories; works as a literary translator; teaches creative writing, among other places, in high schools and colleges; and has made a documentary film. Her novel, A Cherrywood Table, has received consistently favourable reviews from critics and readers, who called it, “a poetic work that thoroughly explores memory and remembrance.”

Borodžić, who lives in Berlin, has received many prizes and awards, including the Hermann Lenz Award in 2001, the 2008 Initiative Prize, the 2009 Special Prize for Outstanding Emerging Artists awarded by the Bruno Heck Prize Scholarship, the 2011 Liechtenstein Prize for Literature (Poetry Section), and the 2013 LiteraTour Nord Prize.

EUPL Year
2013
EUPL Country
Germany
Kirschholz und alte Gefühle (A Cherrywood Table)
The civil war in former Yugoslavia has robbed a young woman, Arjeta Filipo, of her homeland. When she finds some old photographs during a change of residence, she suddenly understands much of her own life story that had long seemed obscure. So Arjeta follows up once again the ruptures in her consciousness and her life—and the ruptures in the world.

Arjeta can dissociate herself from many things, but not from her grandmother’s table. Now she sits at this inherited piece of furniture in her new Berlin apartment and spreads out photographs over it that have come into her hands when she moved. Memories begin to surface, as if the cherry wood table offers up all the stories it bore witness to through the years.

There’s the besieged city, Istria, the sea of her childhood and youth, and her escapes at the beginning of the 90s that changed everything. But mostly it is about the time in Paris where she studied philosophy and started a new life in a new language—together with Arik, a painter she fell in love with against her will. Misha Weisband, an ornithologist, became her confidant, while Nadezhda, a physicist, is her closest friend. There is a secret that ties the two women together, but also separates them—a secret that only Arik knows and keeps for many years. Not until they both confront the blind spots in their inner lives do they manage to find their way to the truth. 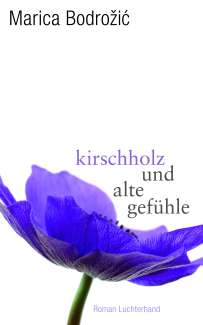 I unpacked nearly all the moving boxes today. There hasn’t been much talk yet in the emptiness of my new apartment. The memory-filled air from my tiniest room—I imagine it to be like a wee bird—suffuses all the other rooms. Sometimes my rooms seem to expand. Time and again I’ve turned my thoughts to the sea ever since moving here. The longer I’m able to remain silent, the more resolutely my ears travel to the sea, back to the villages by the sea, to the houses by the sea, to the people by the sea. I can bring the sea to mind without any effort. It’s a mystery tour off into the blue. The interior of the water. Ears; rustling. No crackling. In my bones. I see sailboats before me, small fishing boats. Nets filled with the night’s catch. Images that take my mind so utterly by surprise that the pressure in my forehead has let up almost entirely. The old pounding and hammering and pressing—it’s all just a memory now. Soon to be a mere intimation, and it will be a strain to look backward if I try to comprehend what it was like back then, my life.

My ears hear the sea. They hear it for me, and I’m becoming that sound-space through my ear, becoming the sea’s steady, repetitious moiling. In the depths of silence they come onshore, the waves. I sense the long-ago sand between my toes. I listen to myself and hear—after the sea’s toiling—my own breath in the synchronized sea, in the indefatigable labor of the waves and the following silence, in my ears. In the silence of the sea I have no name. I exist. Never before have I heard how lungs can draw breath so loudly before life does. And I ask myself—now that all places are one place in me, all times one time in me—whether I can manage to keep moving ahead at time’s urging, here and now, on into the future, following time’s tempo without falling prey to it. Or whether I should teach my lungs something new, to turn the murmuring of time into my murmuring, into words entirely my own that time does not know, cannot know, because I am charged with giving words to time, handing words over the edge, through the latticework that embody our contacts. Rubbing against the air. Trembling. At the mere thought of the vastness of the space now displaced inward, uncharted space. Nothing to lead me through the dark. And yet that’s exactly where an exactness lies, tied precisely to my beam of light. I know it. I’m way beyond intuitions or inklings.