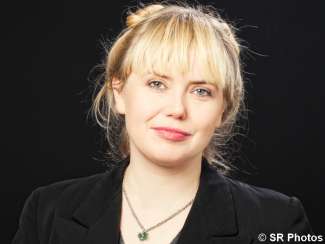 Oddný Eir Ævarsdóttir was born in 1972. She completed a doctoral minor degree at Sorbonne University, as well as carrying out research in Icelandic museum field studies. She has written three autobiographical novels, translated and edited literary works, organised visual arts events and ran a visual arts space in New York and Reykjavík (Dandruff Space) in collaboration with her brother, archaeologist Uggi Ævarsson. Together they run the publishing company Apaflasa (Monkey Dandruff). She has also worked as editor of the environmental web site Náttúra.info. Heim til míns hjarta was nominated for the cultural prize of the newspaper DV in 2009. Jarðnæði was nominated for the Icelandic Literary Award in 2011 and won the Icelandic Women’s Literature Prize in 2012.

EUPL Year
2014
EUPL Country
Iceland
Jarðnæði (Land of love; plan of ruins)
Land of Love, Plan of Ruins is written in the form of a diary, describing a period in the narrator's life where she is preoccupied by the search for a place to belong and an urge to settle down. Paradoxically enough, this drives her to embark on all kinds of journeys, physically and mentally, through time and space, in order to find answers to questions that not only concern her personally but also the whole of mankind. She explores various modes of living, ponders different types of relationships and contemplates her bond with her family, land and nation; trying to find a balance between companionship and independence, movement and stability, past, present and future.

As in her two earlier novels, Oddný Eir’s text verges on the autobiographical and is thus highly personal. At the same time it is philosophical in nature, even scholarly at times. Furthermore, her inclination towards fantasy always shines through, as she creates her own version of the reality around us, making her descriptions of the dilemmas of daily life first and foremost an inner journey of a vivid imagination. 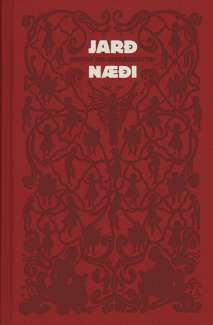 We sat in the kitchen until midday talking about space and housing. I said I thought I’d like to have one place by the sea and another inland. Owlie then told us about Anaïs Nin’s house in California, in the Japanese style with a huge studio where she had total peace and quiet to write. She went there often during her years in America, was married to two men and went between them, had a home in two very different houses. Well, this sure surprised me. That she’d lived such a completely double life.

Strindberg’s little cabin is out on a small island in a forest where his desk still stands, all alone, said Snoopy, who took an active part in the discussion. Somehow I feel as though the space that Strindberg sought was empty or negative, space in some kind of nowhere because he looked for his creative strength in solitude and self-pity. I think Nin looked rather for space that was shaped by vitality and memory because she seems to have drawn her strength from interaction, Snoopy said.

I don’t know which is the correct analysis but I probably need both: complete solitude and affectionate interaction. But hopefully my creativity only needs one husband! He has to be my equal. A man on whom I am not dependent and who isn’t dependent on me but who choses willingly and gladly to be just with me. And of course I want only to be with him even though I might pop south to California.

I’m on the night train, heading for Gare du Nord.

Hveragerði, wintertime day of prayer, moon on the horizon

Working here is going very well. I like working late at night best of all. Wake with a start when my brother Owl knocks, on his way from the city to official business out in the countryside. Go down in my dressing gown to open, then up to the kitchen to make buckwheat pancakes and coffee. We have a sofa in the kitchen, the old leather sofa Grandpa designed and had made. It’s good to lie down after coffee and talk about the premises for conservation areas and other fundamental matters before he rushes off, no time to waste. Often he takes the chance to poo first, the biggest vote of confidence in a home; if a person feels at ease for such a personal act in another’s dwelling then that’s a true restroom, room of rest.