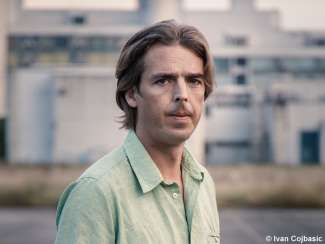 Ognjen Spahić was born in 1977 in Podgorica, Montenegro. Prior to Puna glava radosti, Spahić published two earlier collections of short stories: Sve to (All That) in 2001, and Zimska potraga (Winter Search) in 2007. His novel Hansenova djeca (Hansen’s Children), published in 2004, won him the Meša Selimović prize for 2005, awarded to the best new novel from Croatia, Serbia, Montenegro, and Bosnia and Herzegovina. To date, Hansenova djeca has been published in French, Italian, Slovenian, Romanian, Hungarian, Macedonian and English. His short story 'Rejmond je mrtav. Karver je umro, rekoh' ('Raymond is No Longer with Us – Carver is Dead') was included in the anthology Best European Fiction 2011, published by Dalkey Archive Press in the USA. In 2007, he was a resident writer at the University of Iowa's International Writing Program. In 2011, he was the recipient of Romania's Ovid Festival Prize awarded to a prominent young talent. Puna glava radosti is Spahić's most recent work, his fourth book of fiction to date.

EUPL Year
2014
EUPL Country
Montenegro
Puna glava radosti (Head Full of Joy)
Puna glava radosti (Head Full of Joy) by Ognjen Spahić, published this year by the Podgorica-based publisher Nova knjiga, presents a corpus of 16 unusual tales featuring episodes from the life of each story's hero. Each story is told by an omniscient narrator or the hero himself, and they paint a picture showing the collision of the outer and inner world of modern man, providing a distinct interpretation of the universal values of life. This peculiarity of style contains a range of genres, a diversity of themes and abundant associativity, which gives much pleasure to the modern reader, making them feel like they are privileged participants in the book's events. 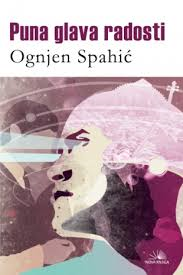 1.
As I watch her through the peephole in the door, it looks as though the woman is holding a lance, one of those long, wooden, non-functional, sloppily sharpened ones which a knight was supposed to use, at a gallop, to break against the breast of another similarly galloping rider. She is holding it in the middle, balancing the awkward object while carrying a bag full of black grapes and tomatoes in her other hand.

2.
That woman is my mother, and the bell has not worked for several months now. In order to attract my attention, she is obliged to bang her forehead against the thick wood. There's nothing wrong with my hearing. But the dull blows I heard as I sat in an armchair, doing nothing, struck me as strange, not quite of this world. One short and hard one, then three in a row with her forehead. Because when I put my eye to the peephole, that forehead was just preparing for another knightly assault on the black, varnished surface. I let her hit it and only then opened the door. There was my mother's smell. Her breath had the aroma of filter cigarettes, while beads of sweat evaporated from her with a hiss I couldn't hear but which spread through the hallway, setting up resonances in the hearing of hidden rodents, large flies and sparrows twittering in the loft.

3.
“The lift... ”
“Yes, Mother... Humping all this stuff to the fourth floor... ”
“The lift's out of order... ”
“You don't say. I'm sorry. The grapes go into the fridge. Let me give you a hand.”
“Wash them first and let the water run. I want some cold water, that's all I want.”
“At your service, madam. And, once you've sat down, I want to hear all about that lance.”
“Idiocy. You know the kind of thing. People at school insisted that I take it with me. Projecting emotion or something... They think this object belongs to me and no one else.”
“And this object is... ”
“A glass of water, please.”
“Right away. And this object is... ”
“And put a slice of lemon in it. There's a piece left over in the fridge door.”
“This object is... Come on... ”
“A map of the world. You've left some pips. The stupid map of the world that hung over my head for 30 years. Pour me another, please.”