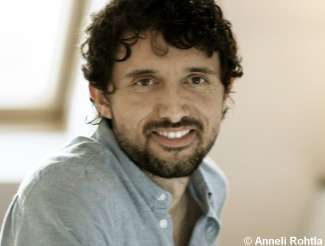 Born in Malta in 1982, Pierre J. Mejlak has been writing since he was young. Mejlak has written books for children, adaptations, a novel for adolescents and two collections of short stories, winning numerous awards, including five National Book Awards, the Commonwealth Essay Writing Award and the Sea of Words European Short Story Award.

A number of his short stories have been translated into English, French, Catalan, Portuguese, Serbian, Arabic, Spanish, Indonesian and Italian and were read at numerous literary festivals around Europe and the Middle East. Mejlak's award-winning novel for adolescents Rih Isfel (Southern Wind) has been turned into a 13-episode prime-time TV series for Malta's NET TV.

EUPL Year
2014
EUPL Country
Malta
Dak li l-Lejl Iħallik Tgħid (What the Night Lets You Say)
The 10 stories in this collection, just like any self-respecting collection of medieval tales, are framed by a prologue and an epilogue. And some of the characters in the stories, like the bishop in 'Il-Barranija' ('The Foreign Woman') or the dying father in 'Mort Naraha, Pa' ('I Went to See Her, Pa'), could easily have inhabited Boccaccio’s Decameron. In fact, the tension in many of the stories arises from the coming together of the past (or, at least, a previous way of life) and the present. Many of the narrators are travellers, moving from one point of their existence to another, trying to understand a life that they have lived but never fully comprehended, or trying to undo a part of the past that did not go according to plan. Very often their travels take them from metropolitan Europe to the periphery or the other way round, and these seemingly opposite worlds that have become so close in contemporary Europe serve as background to the lives of the different characters, who realize, or at least help us readers realize, that life is still lived at different rhythms in different parts of the world. In some parts, a person’s value is gauged by how often their mobile phone is changed for a newer model; in other parts, lovers have the luxury of waiting 45 days for a home-made liqueur to mature, a symbol of the time they have for each other and for each other’s stories. In fact, this could be read as a book about storytelling, not only as a form of pleasure that is shared between writer and reader, or narrator and listener, but more importantly as a gift that’s given with love and needs love to be appreciated. 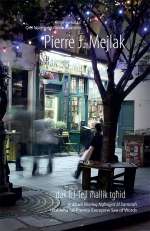 I Went to See Her, Pa

*
The last time I visited him, he didn’t look so good. My younger sister had just left and, as usual, she had kept harping on about how he seemed to be getting worse. I felt I should keep things light and so I asked him about the women who had marked his life. That’s how we ended up talking about the Spanish woman.

He used to enjoy talking about the women he had known. In those moments he would seem to forget his pain, his eyes would sparkle and suddenly focus. Because, since he had gotten ill and been taken to the hospital, the women he had loved during his life had become for him a photo album, which he never tired of thumbing through. And beneath every photo there were another 50 hidden. There wasn’t one single detail that had escaped his memory. Sometimes I used to think he was making it all up, but when a month or two later, he would repeat it all with the exact same details, the same conviction, the same look and smile, my doubts would disappear. “Thank God I have them,” he would tell me when we were alone. “Tell me how else would I get through these interminable nights?” and then he would usually go on reflectively, “Sometimes I wonder, what do they think about, those other old men like me – alone – if they’ve never known the thrill of loving another woman?” And when he’d be strong enough to argue, I would tell him that maybe they would think about the countries they had visited, old friends they had had, adventures they had lived through, stories they had heard, the work they had done, dogs they had raised, days they had spent swimming in the sun, beautiful moments they had shared. And he would stop me with a wave of his hand, typical of people his age, “No, no, my son. It’s not the same. Oh, the number of jobs I had in my life! What do I remember about them all? Nothing. And the number of countries I visited and the walks I took….”

“How she’d love to see you,” he told me when we got back to the Spanish woman. “Listen, will you promise me to go and visit her before I die?” And he went on without giving me time to reply, “Go tell her everything and bring me news of her.” He was adamant about my going, and when he saw I was seriously toying with the idea, he pleaded earnestly with me to go.