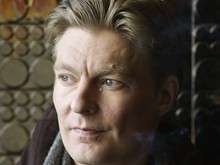 Riku Korhonen (b.1972) made his literary debut in 2003 and has quickly established himself as one of the central Finnish modern writers. He writes about serious and important topics, but in an entertaining style that brings his narrative skills to the fore. Before he became a full-time writer and columnist, he worked as a Finnish teacher in high-school and as a lecturer of creative writing at the University of Turku. His debut novel, Kahden ja yhden yön tarinoita, won the prestigious Literary Award of Helsingin Sanomat in 2003. The novel has been adapted into a stage play by Turku City Theatre. Korhonen's second novel, Lääkäriromaani, established him as one of the leading writers of his generation, winning the Kalevi Jäntti prize for young authors. Korhonen has a regular column in the newspaper Helsingin Sanomat.

EUPL Year
2010
EUPL Country
Finland
Lääkäriromaani (Doctor Novel)
Lääkäriromaani by Riku Korhonen is a masterful depiction of love, death and politics. It tells the story of four entangled destinies at the frontier of an empire. The end of the summer of 2003 is hot and intense in many ways, both politically and personally. In Iraq, Western troops are promising to guide its people to the path of democracy and capitalism. But, far away from these battles, in a Northern European coastal city, thirty-something university researcher Niklas spends much time drinking and worrying over his girlfriend Inna, whose father is dying of cancer. One night, Niklas sees a vision that transforms him. He believes he has found a cure for the cause of his beloved Inna’s worries. But Niklas must face the fact that the consequences of his procedures aren't always easy to foretell. In his third, beautifully written novel, the Finnish author Riku Korhonen weaves together a memorable story of intertwined destinies, a gripping analysis of a media war and a subtly humorous imitation of a romance novel. 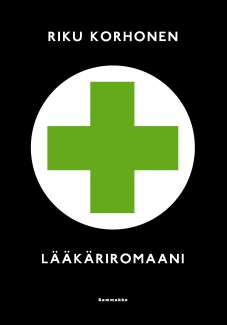 I was born in 1972 into a middle-class two-child family in which my parents’ political opinions espoused a profound attachment to the non-political way of life. At the age of nineteen my father, the eldest son of a farmer from Laukaa, moved to Turku to study, and after years of diligent cramming he graduated as a doctor in 1968. In the mid-1970s he was appointed a paediatric specialist. He was the first academic man in his family, and to this day he feels a great sense of gratitude for his education. What could he have possibly risen up against as a young man? On whose side? Politics and the economy felt distant and shapeless; from the attic above the barn you couldn’t see out into the wider society. His family inheritance was the land, the forest and the sky, things that were not enough to stir even such a docile young man from Laukaa. From listening to my dad I’d come to understand that the fragile ideology of his childhood home had been a mixture of sniggering Sunday-morning fear of authority and a small-time farmer’s mentality prone alternately to a smug affection for the local area and a disdain for the world at large, both values that were forgotten as soon as the bottle of liquor was opened and people started thrashing out more important matters: work accomplished, the growth of crops, war and the varying success of hunting expeditions. In walking the streets of Turku, Dad thought he was leaving behind the fields of his family and the inertia of agrarian society. He knew that revolutions weren’t the answer, that painstakingly accumulated knowledge was the surest way to a better and more interesting world. My mother is Turku born and bred, the headstrong daughter of a successful family of butchers whose ever-changing boyfriends caused her parents many a headache. It was Christmas 1966 when Dad first saw her in the market hall handing a packet of smoked ham across the counter. My penniless dad started putting money aside and visiting the market more often than he could afford. Early the following spring he asked Mum out for coffee. They sat in the Aschan café on Humalistonkatu. Mum started to worry that Dad, who was otherwise so pleasant, was far too sensible for her. Beaming with smiles, he told her that he used to spend lonely evenings at the beginning of his studies holding his breath and timing himself with a stopwatch. He’d gone for a world record. Once he’d fainted with the watch in his hand. Mum looked at him and the black-and-white Marimekko curtains hanging behind him, and decided that perhaps he had the unbounded craziness that a man needed after all, albeit in small amounts. Mum felt an inner calm. Perhaps her complicated love life had been a form of teenage rebellion against the greasy-fingered capitalism of a family of southwestern Finnish entrepreneurs, romantic little cross-stitches on the bourgeois canvas of the cold-cuts counter. With Dad she felt it was just the two of them.