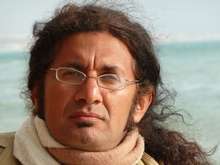 Rodaan, who first called himself Al Galidi (his complete name is Rodaan Al Galidi) is a writer of Iraqi descent. As his native country didn’t register births when he was born, he does not know his birth date. He studied as an engineer in Iraq before fleeing to escape military service, arriving in the Netherlands in 1998. However, his request for asylum was rejected, and since he was not allowed to follow the official courses of Dutch language, he taught himself the language and started writing. He is now considered to be a Dutch writer and receives stipends from Dutch as well as Flemish institutes.

In 2007, Rodaan was one of the people to benefit from the general pardon given by the Dutch parliament to asylum seekers arriving before 2001, and he still lives in the country.

EUPL Year
2011
EUPL Country
the Netherlands
De autist en de postduif (The autist and the carrier-pigeon)
Geert is an autistic boy, born to Janine, his alcoholic mother. He takes things literally and considers language something that means exactly what it says.

Take the word in Dutch for ‘to move’ which is ‘verhuizen’ and contains the word ‘ver’, which means ‘far away’. So ‘verhuizen’ should, in Geert’s view, also take place far away. Also, when his mother tells him that he should make a girl wet before making love to her he throws a bucket of water over a girl.

Things just don’t work the way he thinks they should. Because of the way his mind works, he likes to add up things, and combines different machines in order to construct new objects. Through this, he discovers his talent of building violins out of benches, and starts a prosperous business by selling them to a German merchant. He combines this business with caring for a carrier pigeon that always returns to him after flying. As disparate as all these actions and obsessions may seem, they still form a unity for Geert, and the reader is permitted a strange but fascinating insight into his unusual, yet pure and innocent, mind. 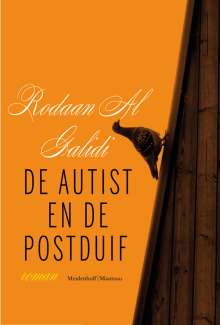 Geert ate his soup and thought that praying had something to do with the words ‘before’ and ‘after’. He then started to count the words in his mind that could be combined with ‘before’ and ‘after’: eating, sleeping, drinking, peeing, shitting, farting, thinking, resting, talking, raining, holidays, school, being bored, shower, dentist, burping, homework... After each word Geert pictured his grandma and grandpa praying, and before each word making a sign of the cross. The faster he thought, the faster the spoon moved between the plate and his mouth, so fast that grandma and grandpa could no longer keep up with it. When he was done grandma made a sign of the cross. Geert watched his grandma’s hands and how they moved, walked up to her, touched the places on her body where she had made the sign of the cross, and looked for the same places on his own body. Grandma and grandpa then brought him upstairs. Geert headed for the room in which his mother had always slept as if he knew the way. He opened the door and came face to face with a huge painting of the crucifixion of Jesus hanging on a wall. Jesus was surrounded by angels and soldiers, with Mary kneeling in front of him. There were photos of his mother on the other walls, one with a toothless smile when she was seven weeks old, another in which she had two oversized front teeth, and others in which teeth appeared one by one until she had a complete set. Then her smile disappeared in the house full of silence. Geert stayed in his mother’s room. Every time his grandma or grandpa opened the door they found him playing with the building blocks, teddy bears and dolls that had belonged to his mother and the pillowcases, bedspread and towels that had been left out for him. When it was time for dinner, grandma opened the door to call him. She jumped. He had made a cross with the blocks and secured a plush monkey to it without nails. He had arranged another cuddly toy in front as a sorrowing Madonna. Soldiers stood at either side, and the pillowcases to the rear had become clouds and the pillows mountains. In an exact copy of the painting, the monkey was illuminated from behind; Geert had set up the bedside lamp at its back. Grandma could hardly believe her eyes. She crossed herself and ran to grandpa who was convinced that Geert had to have the devil in him if he was clever enough to construct such a thing.