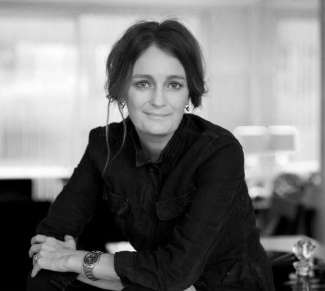 Sigrún Pálsdóttir is a writer and historian. Born in Reykjavík in 1967, she completed a PhD on the history of ideas at the University of Oxford in 2001, after which she was a research fellow and lecturer at the University of Iceland. She worked as the editor of Saga, the principal peer-reviewed journal for Icelandic history, from 2008 to 2016, and she has been a freelance writer since 2007. She first came to prominence as a writer of historical biographies. Her debut in 2010 was the acclaimed Þóra biskups (Thora: A Bishop’s Daughter), followed by Ferðasaga (Uncertain Seas) in 2010, the story of a young couple and their three children who were killed while sailing from New York to Iceland aboard a ship torpedoed by a German submarine in 1944. Her first novel, Kompa (That Little Dark Room), was released in 2016 and her second, Delluferðin, in late 2019. Pálsdóttir’s biographies have been nominated for the Icelandic Literary Prize, the Women’s Literature Prize and the DV Cultural Prize for Literature. Her book Ferðasaga was chosen as the best biography of 2013 by booksellers in Iceland. Kompa, her debut novel, was nominated for the Icelandic Women’s Literature Prize in 2016 and in 2019 was published in the US by Open Letter (University of Rochester’s literary translation press) under the title History. A Mess.

EUPL Year
2021
EUPL Country
Iceland
Delluferðin (Embroidery)
How do you turn old gold into priceless treasure? At the turn of the 20th century, Sigurlina finds herself in a hopeless situation. She is the motherless daughter of an eccentric father, who expects her to spend her life helping him catalogue Icelandic archaeological artefacts. But Sigurlina has her own ambitions of education and excitement and after a harrowing experience, takes fate into her own hands. She disappears from Reykjavik, along with a historical relic from her father's collection. Through a series of incredible events, the artefact is unveiled at The Metropolitan Museum of New York. Meanwhile, officials in Iceland launch their own investigation into the theft of the artefact.
"Embroidery" has been described as a modern picaresque, a tragicomic tale about the preservation of cultural treasure, an intriguing perspective on the coincidences that have determined their place in history and a winding story of the human fates that underpin it all. 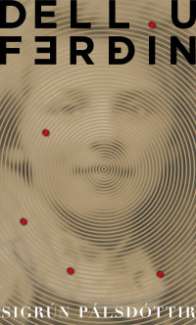 Translated from Icelandic by Lytton Smith

A bestiary. A book of more than a hundred beasts  in a vellum-skin manuscript, English, from the mid 12th century. He takes the treasure from its wrapping carefully, with an expert’s fastidiousness. A sense of anticipation thrums within him, a tension he never tires of; the force behind his silent, lonely existence. He is the German-born Franz W. Hoffmann, owner of the largest rare book and manuscript collection in New England, one of the richest figures of Manhattan’s wealthiest communities. A scholar of medieval Europe, his recent passion has tended more towards the urge to acquire old books and manuscripts rather than focusing on the history they contain. Hoffmann sets the manuscript on a large table in the room’s center. No, not quite that: this room is more like a hall, perhaps a hundred square meters, two levels, with a platform that runs around all four walls and in places recesses into dark corners where books hide, countless but carefully catalogued in impressive leather volumes, which are lying on the table with his latest catch, the bestiary. It’s past midnight but almost impossible to tell the difference between night and day; this is a windowless expanse; its vaulted bas-relief ceiling has finely wrought imagery with embellishments around a fresco on the ceiling that draws inspiration from Germanic mythology. Here is where Hoffmann holes up eighteen hours a day, indulging his noble obsession, fostering his gentle madness while fondly caressing his collection. He’s of average height, with coarse features, slender, skinny, even. His thin gray hair is combed back to his neck, his beard the same color, rough and thick and hiding all the expressions his face might make beneath its thin, curved nose. The bright eyes are set deep as though they have seen everything they would wish to see. Hoffmann is seventy.

In the entryway to the library stand several Greek gods of average height made of marble; a limestone staircase leads from there to the building’s second floor which hosts countless living quarters, in one of which lives Hermine, Hoffmann’s bedridden mother. She is one hundred and has been lying in this canopy bed for more than a year, being shifted regularly, as needs must. Her room has two floor-to-ceiling windows on either side of a large fireplace with ornate stonework. Everything here is in the style of Louis XVI except for perhaps Caspar the Magi, of average height and carved from poplar with gilding on his jacket. He is Moorish, from a medieval monastery in Baden Baden, and has followed Hermine’s family about for a long time. These days he stands in the corner beside her bed, watching over her when she’s not being visited by the two house servants or doctor who calls to see the old woman weekly. Hoffmann habitually visits his mother before going to bed, but tonight he forgot about her amid his interest in the new manuscript. So Hermine fell asleep on her own after one of the maids had seen to her as usual.

Those are the happenings in the fifty-room house by the Hudson River, far from the city mansions of the wealthy Manhattanites. Hoffmann had this house built shortly after his father died, naming it after his father’s hometown, its location a kind of declaration of his disdain towards the affluent community to which he certainly belonged, those uber-wealthy men who had built palaces on the wide streets running down Central Park’s east side, their vanity and arrogance unbridled. He no longer had anything to do with these people; most of the people Hermine had met after arriving in New York from Germany in the middle of the century with her husband, the steel producer Hoffmann the Elder, were now dead. But their descendants had become many times richer than their ancestors and lived surrounded by wealth. Especially the new members who had joined the group with the rising generation.

The accumulation of wealth in this great financial center that is New York City both feeds and is founded on a new kind of lifestyle which ever-increasing factory production makes possible—all of it driven by an enormous population increase: migration. Since the time the Hoffmann family settled on Manhattan, the area’s population has nearly tripled. On a normal day more than 7,000 newcomers land on Ellis Island, off the coast of New Jersey, and enter the newly-built immigration station. Ships clog the harbor; others make for port. One of them has landed up in a storm off the coast of Nova Scotia and right now is heading back up out of a ten-meter-deep wave trough only to fall down again. The Buchanan, a nine-thousand-ton steamship from Glasgow. The ship’s been sailing for more than a week, with about a thousand passengers on board, people from sundry nations who are tossing about in their living quarters, inside the first-class lounge, inside the narrow sleeping berths of the lower decks. And in second class, in a four-person cabin, a young woman lies, seriously ill. She lies there in the upper bunk and holds onto the rail with a death grip.

And that journey unfolded according to plan up to the present moment: There are four occupied bunks in the cabin and Sigurlína is at the end of her rope. She needs to get out. The corridor in front of the cabin is full of passengers so she heads up the other way, but finds herself in a corridor down which she has not walked before. She fumbles about in the dark until she comes to the stairs, but going up she loses her bearings. She walks along the passages this way and that for a long time, goes up one flight of stairs and then another until she finds her way out to the upper deck. At first the door will not budge and then it’s suddenly torn open and instantaneously Sigurlína falls forward and the sea barrages all over her with great force. She lies there, half inside the doorway, and is just getting to her feet when another wave crashes against the ship and knocks her back down again, she’s submerged, she scrambles across the deck with her body hunkered low in the wave trough and she manages to grab the railing before going overboard and down to the deck. She manages to get back on the floor, and when the ship rights itself, she lies on her stomach with her skirt all over, and she looks over the ship, at the passengers who huddle together in a single knot, swallowing the sea, holding on to posts and poles, whatever keeps them from getting washed overboard. When the ship straightens out once more, she lets go for a moment, slips a hand into the outer pocket of her soaking wet skirt. She feels for the thing she must not lose, one small, snow-white hand clasped around the handrail pole, tightening her grip when the ship explodes with the waves once again and then she finally finds what she is looking for. A letter addressed to Brand Jónsson, director of The Antiquarian Collection, and dated early autumn this year. A letter in an envelope which has the sender’s name and address written on the flap: Dr. Franz W. Hoffmann. Burgdorf. Riverside Drive. New York City.