The Frankfurt Book Fair 2022 was an opportunity to distribute our anthologies and to present our winner and five special mentions during an event in the centrally located venue of the Frankfurt Pavilion. Iva Pezuashvili (Georgia - winner) shared the stage with Gaea Schoeters (Belgium) and Jacobo Bergareche (Spain), while Slađana Nina Perković (Bosnia Herzegovina), Tadhg Mac Dhonnagáin (Ireland) and Eugenia Kuznetsova (Ukraine) were present virtually. The event was moderated by the director of the Federation of European Publishers, Anne Bergman-Tahon.

In addition to our event, many EUPL authors participated in events within the Fair, which are listed below:

In an event organised by Latvian Literature, four Latvian authors, Jānis Joņevs (EUPL 2014), Andris Kuprišs, Krišjānis Zeļģis and Arvis Viguls, took over the Walden restaurant in Frankfurt for a late-night show about Latvian literature. The event was moderated by journalist Marion Kuchenny.

Our relationship with nature has an enormous weight in modern literature, thanks mostly to fiction and non-fiction books that portray the fragility, and sometimes also the inclemency, of the nature we inhabit, and which inhabits us. Anna Ballbona, Jesús Carrasco (Spain, EUPL 2016) and María Sánchez discussed the subject with Jesús Marchamalo as moderator.

With the book of poems ‘Gebete für meine Vorfahren’ (Prayers for my Ancestors – Parasitenpresse, 2022), Matthias Nawrat (Germany, EUPL 2020) presented himself as a poet for the first time. Published on the occasion of the Frankfurt Book Fair, Matthias Nawrat presented his book for the first time on 20 October at the Parasitenpresse publishing evening at the Lindley Hotel.

The Report on the state of culture in Spain is a publication of the Fundación Alternativas Observatory of Culture and Communication, directed by Inmaculada Ballesteros, which systematically monitors the cultural reality in Spain. A discussion on the report was held in the presence of Inmaculada Ballesteros, as well as Ana del Arco Blanco (Editor-in-chief, Editorial Comares, and President of Andalusian Publishers Association), Ana Gallego Cuiñas (Professor of Literature, University of Granada), Antonio María Avila (Executive Director of the Spanish Association of Publishers Association) and Raquel Martínez-Gómez (Spain, EUPL 2010).

As part of the Georgian programme at the Frankfurt Book Fair, the Georgian and Spanish EUPL 2022 authors, together with the German moderator Barbara Lenerer, talked about the challenges of writing in big and small languages.

You can see pictures of the different events here. 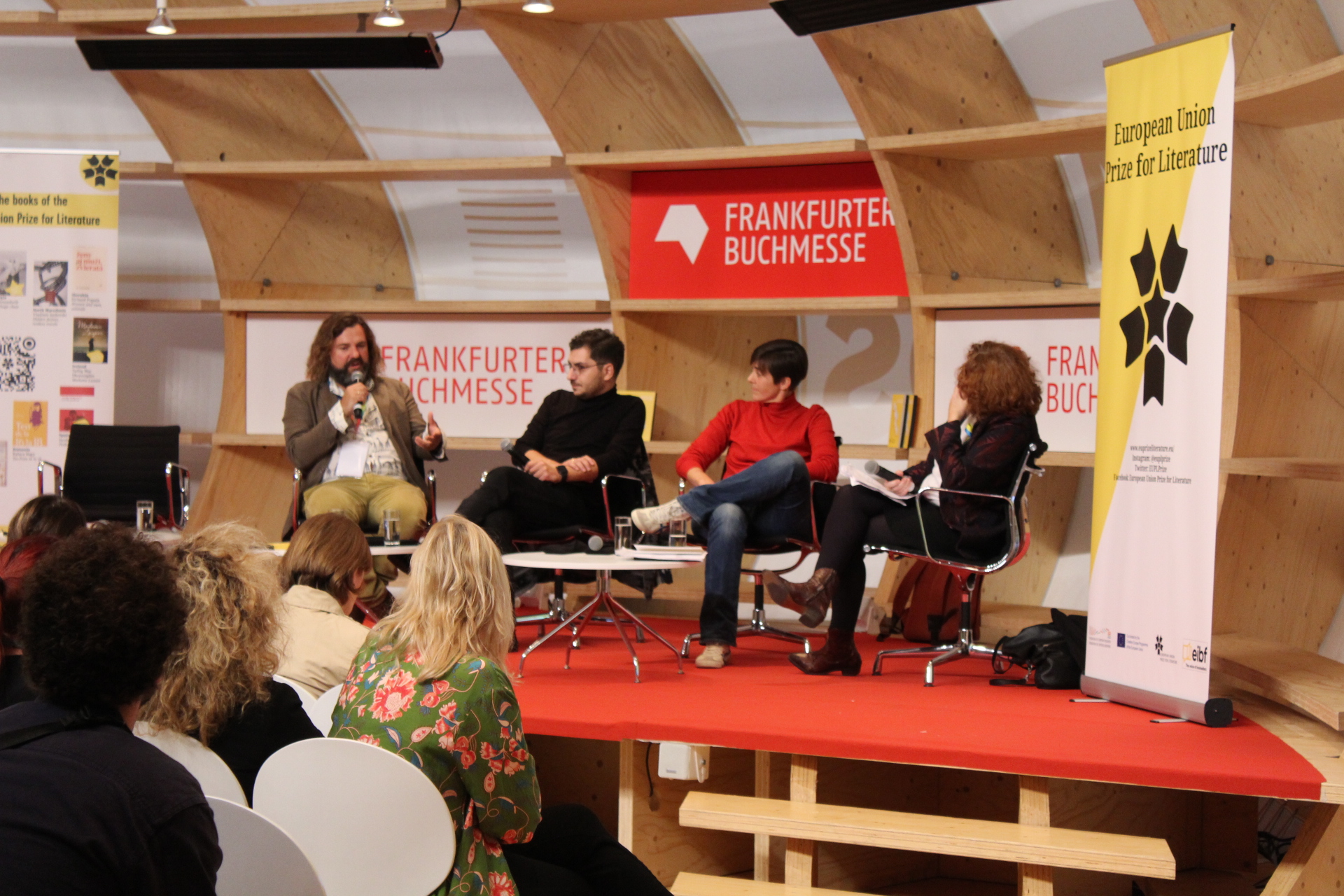