Please join us in celebrating the British launch of the novels W by Igor Štiks and August, After Midnight by Luka Bekavac, both translated by Ellen Elias-Bursać.

The authors will be in conversation with:
Ruth Padel, poet and novelist
Chris Agee, poet and essayist
Seid Serdarević, publisher

More information in the attached flyer.

Luka Bekavac was born in 1976 in Osijek, Croatia. He has published five books of fiction: the novels Drenje (2011), Viljevo (2013), Policijski sat: slutnje, uspomene (2015) and Urania (2022), and a short story collection Galerija likovnih umjetnosti u Osijeku: studije, ruševine (2017). His work is recognized for its combination of speculative fiction and formal invention. Viljevo (translated into English as August, After Midnight) has been translated into 10 languages and awarded several prizes, including the European Union Prize for Literature in 2015. He teaches literary theory at the University of Zagreb.

August, After Midnight is a powerful novel about memory, trauma and transcommunication: a triptych of different voices, weaving together historiography, speculative fiction, and narrative experiment. It opens with a poetic monologue transcribed from a decaying reel-to-reel tape, a lone voice from an almost uninhabited Slavonia, removed from any recognisable timeline, and ends with a heavily annotated Word War II memoir, while the central chapter is a raw and intense document of an extraordinary contact between the two sides. A unique event in Croatian literature, August, After Midnight is a fascinating story of survival, perseverance, and freedom.

Igor Štiks was born in 1977 in Sarajevo, Bosnia and Herzegovina. His novels A Castle in Romagna (Dvorac u Romagni, 2000) and The Judgment of Richard Richter (Elijahova stolica, 2000) have been translated into 15 languages and awarded several prizes, including the International IMPAC Dublin Literary Award in 2006. He was named a Knight of the Order of Arts and Letters by the French Ministry of Culture. He is also the author of Nations and Citizens in Yugoslavia and the Post-Yugoslav States: One Hundred Years of Citizenship (Bloomsbury, 2015). His essays and commentaries have appeared in The Guardian, Al Jazeera, Open Democracy and ROAR Magazine.

Igor Štiks’s fourth novel, mysteriously titled with only one letter, W, is his most elaborate so far – and his most exciting – a feat of storytelling in which historic tragedies are woven through with humour and erotic passion. It is both a murder mystery and a reflection on a century of revolutionary struggles. In it, Štiks asks some of the crucial questions of our era: What are the lessons of past heroic struggles for a world of equality and freedom that were then followed by tremendous disappointments and tragic failures? And what can we do today in the face of contemporary planetary horrors? The novel vividly brings to life the turbulent years of the 1960s through the early 2000s with all their contradictions, disasters and hopes. 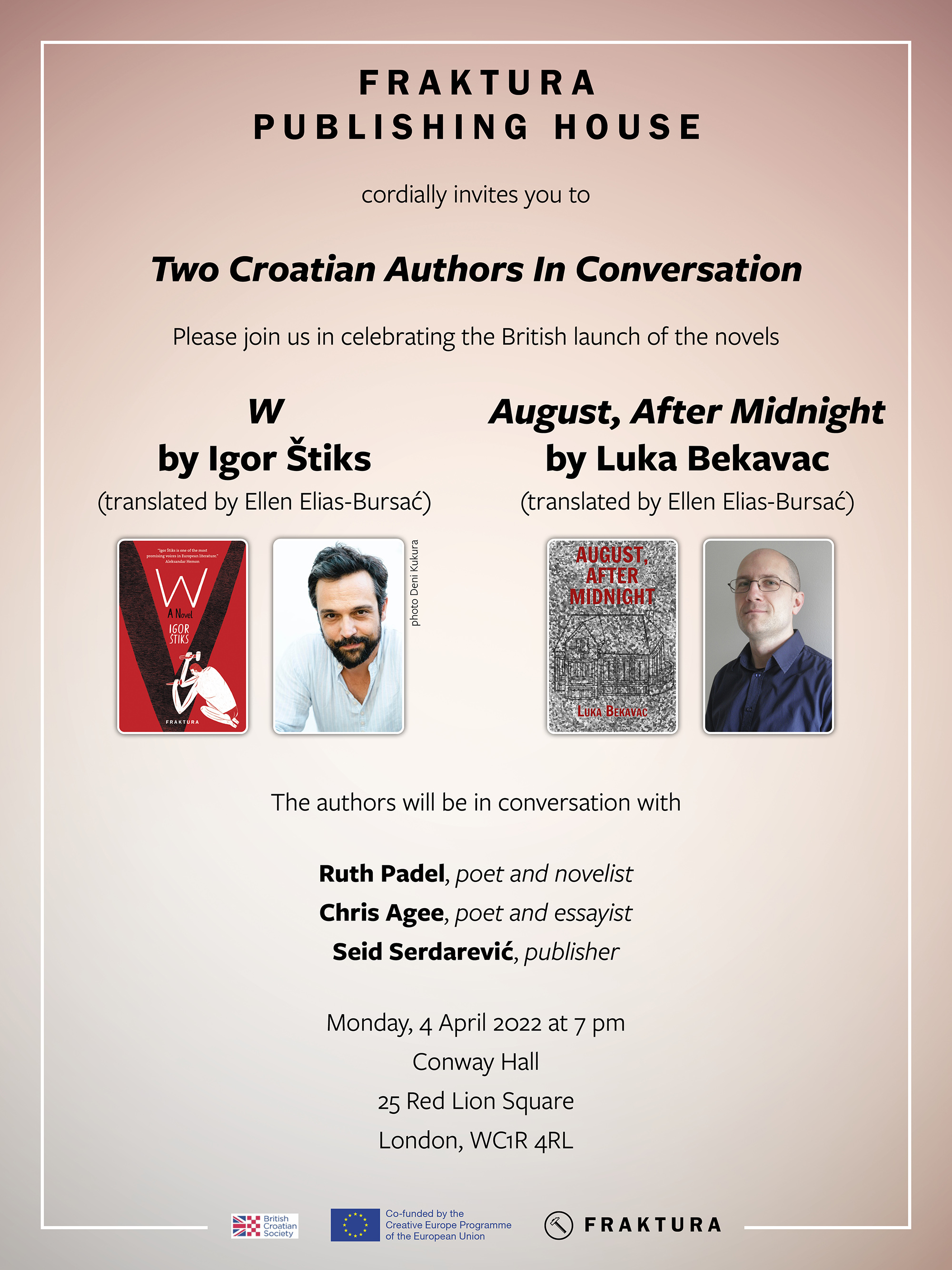