This Friday February 22nd, 2014's Latvian EUPL winner Janis Jonevs will be appearing at the Vilnius Book Fair in support of his winning novel Jelgava '94 which has now been translated into 9 languages! Catch him there at 18:00.

Since its start in the year of 2000, the International Vilnius Book Fair is the biggest and most important book fair in the Baltic states. It gives a possibility to evaluate the whole publishing market of Lithuania and the neighbouring countries. At the same time it has become the well-known cultural event in Lithuania and the main annual meeting place of publishers, authors and readers that attracts more than 60.000 visitors. The Fair is visited by the stars of the literary and culture from all over the world. This year, the fair will celebrate its 20th anniversary. 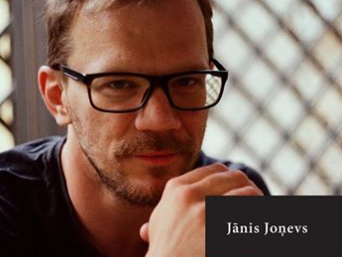