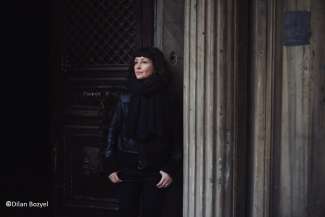 Story writer, novelist, essayist. Having contributed to over 15 national and international anthologies, Ilhan has 3 books: Chamber of Dream Merchants (Artemis, 2006), composed of stories that allude to one another and carry traces of magic realism; Exile (Everest Publications, 2010), a book of interconnected stories with themes ranging from the invasion of Iraq to women rights in Batman, winner of  2011 European Union Prize for Literature, published in over 20 countries; and Nişan Evi (Engagement, Everest, 2021), a captivating novella based on the true story of an extremely cruel murder that took place in eastern Turkey.

Çiler İlhan studied International Relations and Political Science at Boğaziçi University, and then Hotel Management at the Glion Hotel School in Switzerland. She has worked variably in the fields of hotel management, marketing/communications, and publishing (as editor/writer). Currently living in the Netherlands, she’s a member of Turkish and Dutch PEN.

EUPL Year
2011
EUPL Country
Turkey
Sürgün (Exile)
The stories in Exile are monologues by a variety of real-life and fictional characters. Ilhan has a wide-ranging and deep understanding of human experience and suffering, and she is capable of expressing the multi-faceted realities of life strikingly and plainly, sensitive to its pains and injustices. Her literary approach is in harmony with Einstein’s aphorism: “A formula should be as simple as possible, but not simpler”.

The fact that the monologues constitute a relatively connected whole is another positive aspect of Exile. The succinct monologues form a polylogue. This is a short story collection that has the taste of a novel. 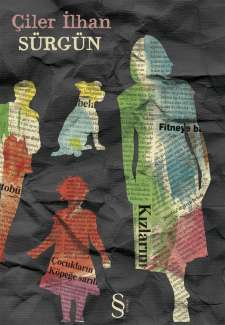 I’m Khan. I must admit it’s an ironic name for someone whose life was nearly taken in his mother’s womb.

Here is what happened: Apparently my mother and father were members of the Gene Purging Programme. Under the programme, my gene tests were carried out as soon as it was understood that I had been conceived. The device did not give out a signal. Everyone was happy: “Your fifth seed is pure, there, you may give birth.” But I fooled you, there! I did.

The pregnancy passed unperturbed; I did it on purpose. I didn’t make the slightest noise in there so that I wouldn’t cause any suspicion… I caused my mother neither a single bout of nausea nor a single sleepless hour… In fact, I didn’t even grow properly so that she would be totally comfortable. Oh, how happy my mother was, how happy everyone was… Well, a pure gene. These pure genes are something, good thing we joined this programme. Look at Ayşe, poor woman, how flatulent she is.

I waited. To tell you the truth, I waited quite a long time; I waited for quite a long time, at least… I thought that if I waited for nine months I would be sure to get out no matter what. After all, by then I was officially considered a human being! By the end of the ninth month my hands were slightly overgrown, and I was tired of making them into fists so that my mother’s belly would not swell too much; I loosened them a little bit. Not altogether, mind you, just a little bit, just to get a little bit comfortable. If only I hadn’t done that! My mother, whose pregnancy was passing so easily, as if she were a princess, having felt the slightest discomfort in her belly ran off to the doctor, ordering my father over the phone to “Come quickly”. The white-shirts, they love pontificating on such matters, they can’t have enough, they got together at once. That a baby with purged genes should cause discomfort! Impossible! The white-shirts got suspicious. No, they said, no. There is something wrong here. That famous device was brought in straight away, the belly was listened to, glances were exchanged secretly, words were exchanged openly: There has been a terrible mistake. A one-in-a-million kind of thing. You must have understood by the fact that the device gave out a signal; your baby’s genes are not pure!

My mother was furious, with that huge belly of hers! How could such a thing happen! I spent a bagful of money for this programme!

We are very sorry, madam, you will get a refund immediately.