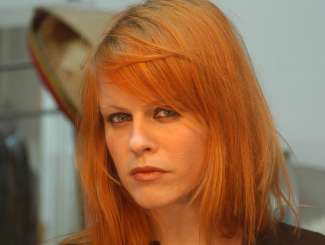 Gabriela Babnik was born in 1979 in Göppingen, Germany. She completed her studies in Comparative Literature and Literary Theory at the Faculty of Arts in Ljubljana in 2005, where she also obtained her Master’s degree on the modern Nigerian novel in 2010. Since 2002, she has been regularly publishing literary criticism, interviews, commentary, reports and essays in literary-cultural magazines and supplements such as Literatura, Mentor, Ekran, Poetikon, Književni listi, Pogledi and others. Her first novel Koža iz bombaža (Cotton Skin, 2007) received the award for the Best Debut Novel at the Slovenian National Book Fair in 2007. Her second novel V visoki travi (In the Tall Grass, 2009) was shortlisted for the “Kresnik Award” for the best novel of the year in 2010. Her third novel, Sušna doba (Dry Season, 2012), was awarded the European Union Prize for Literature in 2013, and was translated into 13 languages. English translation of Dry season was nominated for International Dublin Literary award, and in 2016 listed amongst six best EU translated novels. Her novel Intimately (Intimno, Beletrina, 2015) was shortlisted for the Kresnik Award. In spring 2019 her new novel Three deaths is comming out. As a literary critic, she was honoured with the “Josip Stritar” Young Critics Award in 2013. She is also writing radio plays and short stories.

Since 2015 has been a vice-president of the Slovenian Writers' Association. She and her family divide their time between Slovenia and Africa.

EUPL Year
2013
EUPL Country
Slovenia
Sušna doba (Dry Season)
Gabriela Babnik’s novel Dry Season is a record of an unusual love affair. Anna is a 62-year-old designer from Central Europe and Ismael is a 27-year-old African who was brought up on the street, where he was often the victim of abuse. What unites them is the loneliness of their bodies, a tragic childhood and the dry season or Harmattan, during which neither nature nor love is able to flourish. She soon realizes that the emptiness between them is not really caused by their skin colour and age difference, but predominantly by her belonging to the Western culture in which she has lost or abandoned all the preordained roles of daughter, wife and mother. Sex does not outstrip the loneliness and repressed secrets from the past surface into a world she sees as much crueller and, at the same time, more innocent than her own. Cleverly written as an alternating narrative of both sides in the relationship, the novel is interlaced with magic realism and accurately perceived fragments of African political reality. 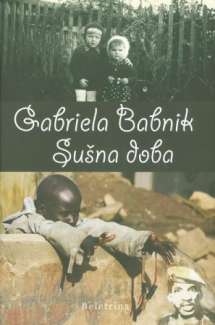 I don’t know how much time I spent with Malik in Cotonou; a week, two, a month, year – this time was somehow deleted for me. Whilst waiting for school to end the two of us lived with some French lady called Julie Amado. She could have been the fleeting woman from Black Street with hair tied-up high, a slender back which at the inner of her body opened out into the shape of a letter ‘s’, and a slow gait, too slow even for her age. It betrayed her, that gait; it spoke of her vague past or at least of her excessive proclivity to melancholia. But after much thought I decided that it couldn’t have been the same person. Malik couldn’t have things under such supervision and also Julie herself seemed completely crazy. For instance she didn’t sleep at night, with her huge bed being overrun by cats; she sat alone in the chair with her feet on the bed, whilst all the cats – there must have been more than twenty of them – slept on her lap and in amongst plates of rotting fish.
I didn’t ask Malik where he met Julie, nor what the two of us were doing at her place. As far as I understood, we were waiting. Malik had otherwise introduced Julie to me as a friend, who knew how to form sentences and who was therefore writing a novel. He had even thought up a title for her, Once Again, the Sea, or something like that, and Julie was thrilled. She offered me a typewriter, a large, black, antiquated animal, which upon typing gave out a menacing sound and it consumed paper, with the trees going into its oblong mouth in tens. At such tense moments I leapt from behind the table and began to pull the paper, at first carefully, but then more and more furiously, with the torn up pieces flying through the air like snowflakes, we are the like snow which eventually ceases to fall, I murmured a sentence to myself which I still don’t know where I picked up, but after a few days the machine gave way, the tropical rainforests were saved, the landscape unfrozen whilst for me everything had only just begun. Julie began to tell me her stories all over every corner of the house. Maybe to some degree they were interesting enough for me to churn out a book about them. But I declined, seeing as in reality I had no idea how to construct sentences, Malik had just made that up, but she carried on leaning her back against the wall, biting into a baguette and some holey cheese, and recounted. It was how I learnt of how she came to Cotonou as a volunteer teacher a year earlier. But because things didn’t work out - she said it just like that, I remember exactly – she had left her job.