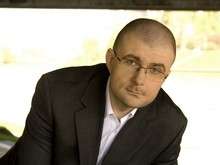 Jacek Dukaj (b. 1974) is one of Poland’s most interesting contemporary prose writers, whose books are always eagerly anticipated events. Dukaj studied philosophy at the Jagiellonian University. He successfully debuted at the age of 16 with a short story Złota Galera (Golden Galley). He is known for the complexity of his books, and it is often said that a single short story of Dukaj contains more ideas than many other writers put into their books in their lifetime. Popular themes in his works include the technological singularity, nanotechnology and virtual reality, and because of this his books often can be classified as hard science fiction.

EUPL Year
2009
EUPL Country
Poland
LÓD (ICE)
The story takes place in an alternate universe where the First World War never occurred and Poland is still under Russian rule. Following the Tunguska event, the Ice, a mysterious form of matter, has covered parts of Siberia in Russia and started expanding outwards, reaching Warsaw. The appearance of Ice results in an extreme drop in temperature, putting the whole continent under constant winter, and is accompanied by Lute, angels of Frost - a peculiar form of being which appears to be a native inhabitant of Ice. Under the influence of the Ice, iron turns into zimnazo (cold iron), a material with extraordinary physical properties, which results in the creation of a new branch of industry, zimnazo mining and processing, giving birth to large fortunes and new industrial empires. Moreover, the Ice freezes History and Philosophy, preserving the old political regime, affecting human psychology and changing the laws of logic from the many-valued logic of "Summer" to the two-valued logic of "Winter" with no intermediate steps between True and False. 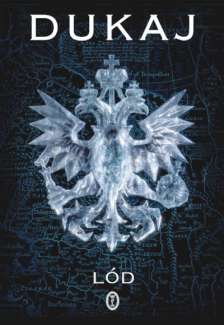 On the fourteenth day of July 1924, when the chinovniks from the Ministry of Winter came for me, in the evening of that day, on the eve of the Sibiriade, only then did I begin to suspect that I did not exist.

Under an eiderdown, under three blankets and an old gabardine overcoat, in fustian long johns and a worsted pullover, in socks pulled up over socks – only my feet protruded from under the eiderdown and the blankets – finally thawed out after more than a dozen hours of sleep, curled up almost into a ball, with my head squeezed under a pillow in a thick pillowslip, so that the sounds reached me already soft, warmed, immersed in wax, like ants mired in resin, pushing their way through, slowly and with great toil, through my slumber and through the pillow, millimetre by millimetre, word by word:
‘Gospodin Venedikt Yeroslavsky.’
‘Him.’
‘Asleep?’
‘Asleep, Ivan Ivanovich.’
A voice and another voice, the first deep and husky, the second deep and melodious.
Even before I had lifted the blanket and a single eyelid, I could already see them as they leant over me, the husky one by my head, the melodious one by my feet, my tsarist angels.
‘We have woken Master Venedikt,’ declared Ivan once I had raised the other eyelid. Henodded at Bernatova; the landlady obediently left the chamber.
Ivan drew up a tabouret for himself and sat down; he held his knees together, and on his knees a narrow-brimmed black bowler hat. A vatermörder collar, white as snow in the noontide sun, dazzled my eyes, a white vatermörder and white office cuffs, blinding against the simple black background of their vestiture. I blinked.
‘Pray, permit us to be seated, Venedikt Filipovich.’
They permitted themselves. The second one perched on the foot of the bed, his weight pulling down on the eiderdown until I had to relinquish it; after taking hold of the blankets, I raised myself on the pallet and in doing so uncovered my back, the cold air rushed in under my pullover and long johns, I shivered, awake.