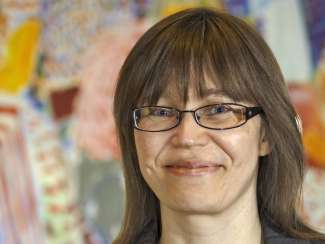 Katri Lipson was born in Helsinki in 1965. After secondary school, she studied medicine in Sweden and graduated from the Medical School of Uppsala University in 1993. Since then, she has been working as a doctor in Sweden, Africa and Finland. She has always written, including fairytales, short stories, poems, plays and novels.

Her debut novel, Cosmonaut (Kosmonautti), was nominated for the respected Finlandia Prize in 2008 and won the Helsingin Sanomat Debut Book of the Year Award in 2008. Her second EUPL-winning  novel, The Ice-Cream Man (Jäätelökauppias), was published in 2012. Her third novel Detroit (2016) was a NHL tragedy, and her latest novel The Saddest Play (Kaikkein haikein leikki, 2019) was a mysterious roll play in a spa town.  She lives with her family in Vantaa, Finland.

EUPL Year
2013
EUPL Country
Finland
Jäätelökauppias (The Ice-Cream Man)
Jäätelökauppias (The Ice-Cream Man) is a playful and charming story, mostly situated in the Czechoslovakia of the 1940s and 1950s, but also progressing to the present day. A film crew is making a new movie. The director wants to work without a script and the film is made in chronological order so that the actors cannot guess the destinies of their characters. The actors are making up and living the lives of their characters at the same time – but can the life of these fictional characters become more real than reality itself? And what is, after all, the difference between real and invented or fictional experiences? In this novel, life is seen as a collection of details and stories, and history conducts a fascinating dialogue with the present.

A man and a woman with false identification papers provide the focus for events. Without knowing each other, they agree to marry and try to find a safe place to live in the countryside. Fear and desire, weakness and strength go hand in hand in their story. When the actors start to understand the improvised lives of the characters they are playing, these main heroes start to lead lives of their own. Thomas and Esther Vorszda begin a life together with help of a widow named Mrs Němcová. As time goes by, new characters enter the story, including Jan Vorszda, his Swedish wife Kerstin and their daughter Gunilla, who travels from Sweden back to his father’s hometown to find piles of mysterious letters. During the story, the city of Olomouc stays at the centre of events: the story is rooted there and grows from there. The destinies of characters intertwine with each other and the imagery becomes rich with meaningful details: in this world, there are no coincidences at all. 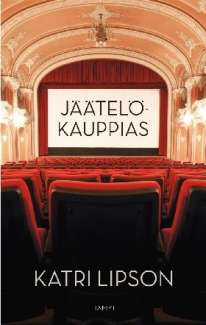 As we were waiting for the rain, we tried to get the director drunk. We couldn’t get anything out of him; all he told us was about his years as a student. He mentioned one night in particular, for nowhere had he learnt so much about film as in a single evening in Berlin before the war. He’d been spending the evening at a dance in one of the more liberal parts of town and ended up getting lost looking for the men’s room that was nowhere to be found in a labyrinthine mass of red-lit corridors. He soon realised this was part of a carefully planned scheme: the sense of urgency building in his groin and the eager, garishly painted lips moving behind each of the doors whispering Was suchen Sie, lieber Herr? Eventually he found what he was looking for, a small cubicle with barely enough room to turn around. After he’d emptied his bladder and tugged the string dangling from the ceiling, he heard a heated discussion from the other side of the wall. Once back in the corridor he pressed his ear against the adjacent door, and in a matter of seconds it was wrenched open.
Sie wollen sehen? Zwanzig Mark, bitte.
To this day, the director told us, he wasn’t sure which parts of this scene were acted and which were what one might call ‘real life’. It might have been the case that the restaurant’s clientele included people for whom entertainment required an ambivalence between intelligence and instinct, fact and fiction. The intent was to capture on film a considerably detailed scene between a man and a woman on a set made up to look like a shabby old backroom. The atmosphere was as flat and numb as if this had all taken place a hundred times before. Then suddenly the female actor flew into a rage: according to her contract, in all acts of penetration she was to be replaced by a body double. The cameraman didn’t take any notice of the woman’s tantrum but continued filming, his arms taut with exertion. The woman’s announcement was clearly news to the male actor. And regardless of the surprise, he couldn’t help but take it all personally. Because he knew the woman from before? Or perhaps because they were complete strangers? To hide his annoyance, the man began a long argument with the woman about why genuine penetration was such a crucially important element of the overall performance. The woman could do nothing but wonder at this. Her head was tilted confrontationally to the side, something one would only notice if one’s senses were attuned to the gesture.