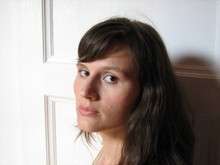 Noémi Szécsi (b.1976), writer and translator. She graduated in Finnish and English in Budapest, and studied cultural anthropology in Helsinki. She published her first novel, Finno-Ugrian Vampire in 2002, reprinted in 2003 due to its success. The script based on the novel was shortlisted by the workshop of Sundance Institute. Besides being a historical novel and a saga of a family, Communist Monte Cristo, published in 2006, is an artistic interpretation of the history of a communist idea in Hungary based on elaborate research.

EUPL Year
2009
EUPL Country
Hungary
Kommunista Monte Cristo (Communist Monte Cristo)
It is late July, 1919. Sanyi, a handsome vegetarian butcher and an assistant labourer of the Communist Party, sets out for Vienna to carry out a secret mission. He has the destiny of the proletarian revolution in his hands. But the revolution soon fails and from that moment on all of his activity becomes illegal. The dramatic changes set in motion a bloody comedy complete with strange disguises and false identities. But once a liar always a liar. Sanyi had nothing left but his syphilis after the failure of the proletarian revolution. However, he starts again, building a new life with a wife, a daughter and two sons, but keeping secret his real communist self even from his own family. Despite all the differences within this right-wing family, by 1945 Sanyi’s only aim was to keep them alive. Gingerly manoeuvring through the world of politics, he survives the bloody decades of Hungarian history up until 1956. Although, after almost 40 years of devotion to the Communist cause, Sanyi starts to have his doubts and with good reason… The novel turns the elements of the original Monte Cristo story upside down, for it is not a tale about revenge but about political stupidity.’ 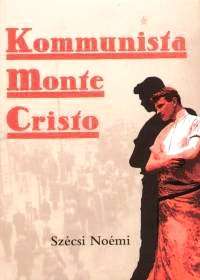 My great-grandfather set off for Vienna in 1919, on a day in late July. In his right hand he held a paper suitcase full of diadems, tiaras, clover-shaped earrings; in his left, a walking-stick. In his heart, dread. In his heart, love. Damp with sweat, his shirt clung to an athletic upper body; he would not have undone a single button, lest he reveal the upper parts of the letters of the word tattooed on his chest: ‘Gesamtkunstwerk’. ‘Gesamtkunstwerk’: all in long, slender, curving letters. Even the tattoo artist – a relatively well-read proletarian who had served for a decade on the British freight steamer Queen of Russia – had said that this was utter nonsense, grand art was over, even Klimt was dead, as he had read in Tolnai’s World News. But what could be done? My great-grandfather had seen it somewhere and liked it. By that stage of alcohol poisoning, it had seemed a provocative and sophisticated idea. It goes without saying that this occurred before the second glorious March, before alcohol prohibition struck, when an entire political party announced that Hungarian must fermentation was to be stopped. For sustained sobriety rather eroded the gleaming ideal. This notwithstanding, from here on my great-grandfather went around the place as if he had the name of a dead sweetheart burned into his skin. ‘He should have had it tattooed on his forehead,’ my father had often said with regret. ‘Then at least there would be a photo of it.’ For, sadly, no one from the family ever saw the tattoo: after 1919, my great-grandfather would not show himself even before the Lord without having at least a vest on. And on that July day he merely adjusted his tie – with one hand, as he didn’t dare put the paper suitcase down. He thought, at least I think he thought, that he was holding the cause of the proletarian revolution in his hand. The lost cause of the proletarian revolution, but no one would dare say that in the Soviet House as they measured out twenty kilos of earrings into the suitcase.