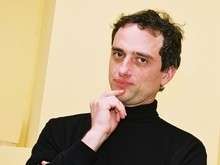 Pavol Rankov (b. 1964) is a writer of prose fiction, essayist, journalist, information scientist and university pedagogue. After completing his secondary schooling in Bratislava he studied library science at the Philosophical Faculty of Bratislava's Comenius University (1983-1987). He worked as a methodologist in the Slovak National Library in Martin (1987-1990) and in the Slovak Pedagogic Library in Bratislava (1991-1992). From 1993 he has worked at the Department of Library Science and Scientific Information at Comenius University in Bratislava. He participates in projects with Slovak Radio. He lives in Bratislava.

EUPL Year
2009
EUPL Country
Slovakia
Stalo sa prvého septembra (alebo inokedy) (It Happened on September the First (or whenever))
On September 1, 1938, at a fashionable swimming pool in Levice in the centre of Europe, three thirteen-year-old adolescents – Hungarian, Czech and Jewish – decided to compete in a swimming competition to win a claim over a Slovak blonde, Mária. The three friends’ contest for love is repeated in virtually every year of the novel’s progress, but the race never ends in victory. The novel rushes its characters onward through political tribulations, but never allows them to finish the fateful race. Even though the characters’ lives are filled with incredible events, they are never filled with the most sacred emotion of them all – love. Nobody wins Mária and Mária, the most innocent, loses all. 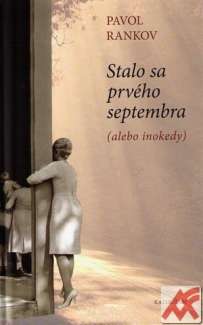 The first of September was a Saturday. Ján had postponed his last summer termexam until this date.
He got up from the desk where he had been preparing his notes and sat down on the chair in front of the examiner’s table.
‘Well, colleague, first show me what question you have drawn,’ said Professor Očovský genially. Ján handed him the slip of paper and said, ‘Clostridium botulinum.’
‘Clostridium botulinum?!’ the professor repeated with evident pleasure. ‘That is the gold reserve of Bacteriology II. Well, let’s have it.’ ‘Chlostridium botulinum is a group of bacteria to be found in food that has been sterilized at an insufficient temperature. It causes poisoning known as botulism. The symptoms of botulism are headaches, thirst, double vision, paralysis of the respiratory muscles, difficulty in speaking and swallowing. But I’ll come back to the bacteria itself.’
‘Don’t come back to anything, colleague,’ Professor Očovský said, smiling. ‘Hand me your student record book. I’ll write a first in it.’
‘That quick?’ Ján was surprised.
The professor briskly wrote in the grade and returned the book to Ján.
‘Here you are… But don’t go away yet. You must stop by at room forty-nine at the end of the corridor.’
‘Of course, I’ll go there right now,’ Ján said, still feeling elated. ‘Goodbye. And thank you once again.’
‘Don’t thank me, colleague, there’s nothing to thank me for,’ said the professor, when the door had closed behind Ján.
Ján had been as apprehensive about this exam as all his fellow students, or to be more exact, apprehensive about the unpredictable moods of the examiner, Professor Očovský. Which is why he was very pleased to have got a first so quickly and effortlessly. It was a grade that few people Could boast of having for Bacteriology II.