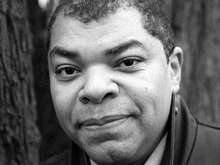 Tomáš Zmeškal (b.1966 in Prague) studied English language and literature, and he lived and studied in London for a number of years. In the 1980s, he played for a while in the band Psí vojáci, led by writer and musician Filip Topol. He works as a writer, translator and a secondary-school teacher of English literature.

Although he had earlier published short stories, he came to wider attention mainly through his first novel, Milostný dopis klínovým písmem (Love Letter in Cuneiform Script, 2008), which describes the post-war world of 1950s Czechoslovakia from a postmodern, fragmented perspective. For this novel, he was shortlisted for the Magnesia Litera Prize and was awarded the Josef Škvorecký Award.

The main plot is set in Czechoslovakia between the 1940s and the 1990s and its narrative concerns the tragic stories of one family. Josef meets his wife, Květa, before the Second World War at a public lecture on Hittite culture. Květa chooses Josef over their mutual friend Hynek. At the beginning of the 50s, Hynek starts work as a police investigator and, when Josef is arrested and imprisoned, Květa gives herself to Hynek in return for help and advice.

The story of Josef and Květa isn’t set out in chronological order and so, in the very first chapter, we find ourselves at the end of the 60s when their daughter, Alice, is about to get married. At the end of the novel we meet Josef, his life in danger, in a West Bohemian forest during the last days of the war. This is a work with a thoughtfully considered structure. Several chapters contain stories from other eras and other lands - these fantasies point to the finality and uniqueness of every human life. 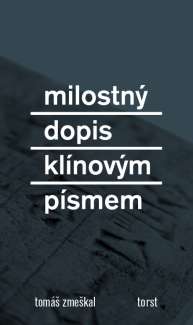 Alice was born in the year 1950, a few months before her father was arrested, convicted and imprisoned. Alice didn’t remember any of it, she knew everything only from the stories and experiences of her relatives. Her mother went to see him every month. Sometimes alice went with her, but they wouldn’t let her inside anyway, and so she would stay with her aunt in a neighboring town. And then, after ten years, her father appeared at home. Alice knew him from stories and photographs. She had received letters from him, which her mother would read to her at first, and then, when she learned to read, she read them herself. She wasn’t happy that he would send them letters, and although her mother hid it, she would almost always cry, and Alice knew it even though her mother tried not to show it. And then, after her tenth birthday had passed, they let her father go. She looked forward to it, everyone was looking forward to it and everyone was nervous and happy. First her mother had begun visiting some offices, then there were more and more frequent visits from relatives and acquaintances and with her mother they would read through many papers which they then filled out and about which they would speak in a language Alice didn’t understand. And then her mother told her one day that she had a big surprise for her, and that the surprise was that her father should come home in exactly two weeks, that they were letting him go after ten years, not after thirteen as the original sentence had judged, and that he would be with them again. Alice didn’t understand her mother too well because, according to her, her father was supposed to return, but as far as Alice could remember, her father had never lived with them, so then it wasn’t a return for her because she had never seen him depart. Her father was supposed to return from prison on Thursday. It was impossible to endure those two weeks with her mother. Alice didn’t understand what was happening to her. She was glad that her father was returning to her, if only because he was in prison and she wasn’t allowed to speak about it too much.