The European Union Prize for Literature (EUPL) recognises emerging fiction writers from the European Union and beyond. Engaging the 41 countries participating in the Creative Europe programme of the European Union, the Prize celebrates 41 outstanding new literary talents across a cycle of three years. Spotlighting the creativity and the immense and diverse wealth of Europe’s contemporary literature in the field of fiction, EUPL aims to promote the circulation of literature within Europe and encourage greater interest in non-national literary works. Fourteen authors from fourteen countries participate in the 2022 edition.

The 2022 edition is a special one for EUPL, introducing a change in the organisation of the Prize: instead of awarding one laureate in each of the participating countries, a seven member European jury will for the first-time award one overall winner for this edition, together with recognising five special mentions.

We are proud to reveal the list of 14 national nominees for EUPL 2022, one for each participating country. The authors and their novels were nominated by national entities, knowledgeable about the literary scene in their countries and used to promoting their own literature abroad.

The EUPL remains committed to celebrating diverse literature and cultures, which is especially important in these uncertain times. The EUPL consortium is honoured to be able to include a nomination from Ukraine on the 2022 list. We stand in solidarity with Ukraine and, in particular, with Ukrainian writers, translators, publishers, booksellers and librarians. Four years ago, the EUPL had a first Ukrainian laureate, Haska Shyyan, and in 2022, the Ukrainian Book Institute has nominated Eugenia Kuznetsova as the best emerging fiction voice in the country. Together with the book community across the world, the EUPL consortium condemns the Russian attacks and calls for the restoration of peace in Ukraine.

We are pleased to announce this year’s fourteen nominees:

The EUPL 2022 winner will be announced on 22 April, during the Paris Book Fair. All nominated authors will be continuously promoted on a European stage, aiming to reach a wider and international audience, as well as connect with readers beyond their national and linguistic borders.

The EUPL is organised by a Consortium of associations comprising the Federation of European Publishers (FEP) and the European and International Booksellers Federation (EIBF), with the support of the European Commission. 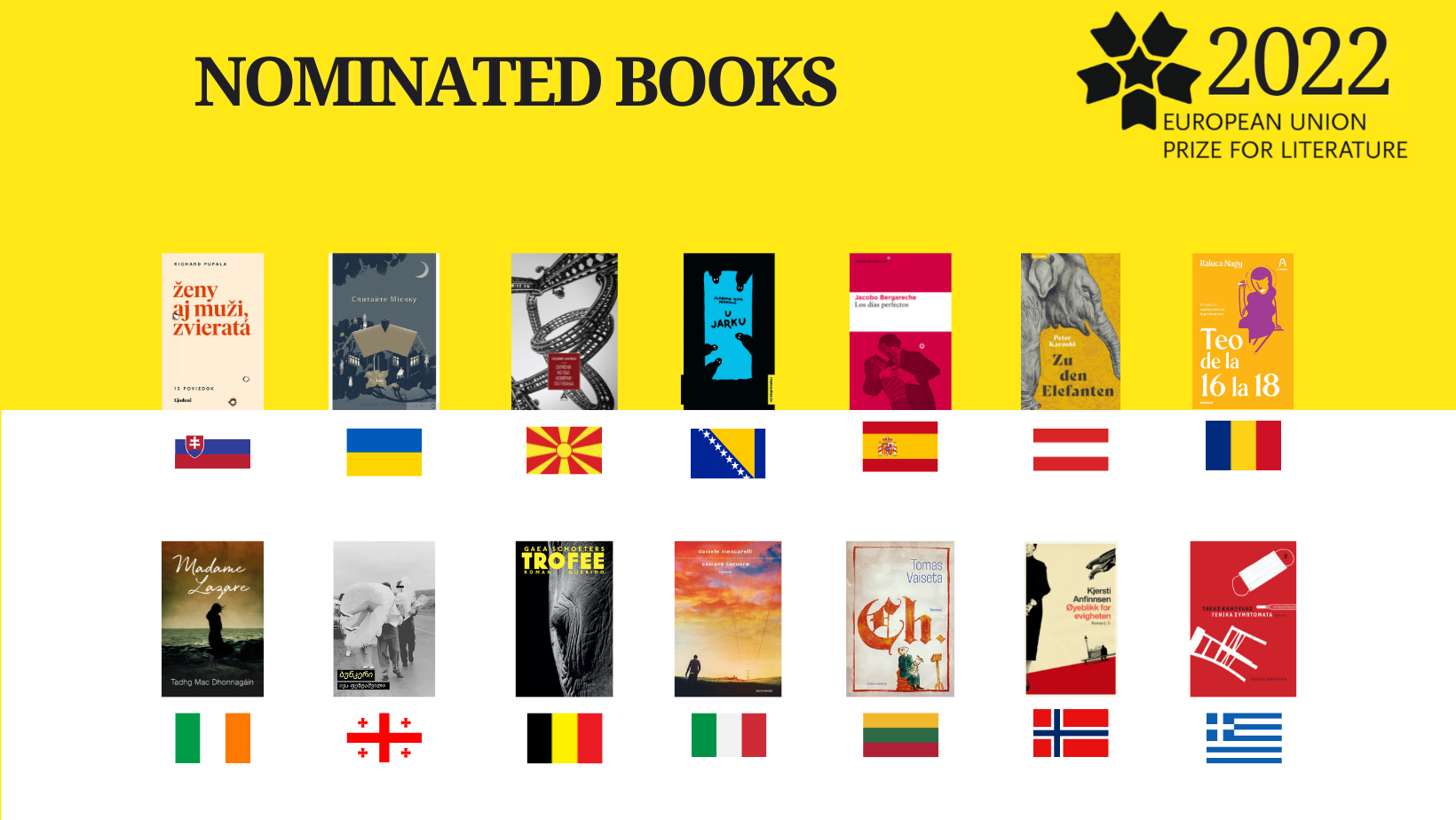